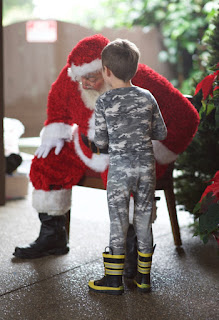 I'm drinking my coffee black, again. It is a sure sign of being old. I either can't remember to buy milk or I have given up caring that the coffee is softened at all by it. I'm sure it is the morning gateway drug. Speaking of, the last two nights I've slept a total of 18 hours. This may not sound like much to you. For me, it is a crushing victory against the cousin of death.

Ouch. Fuck. Black coffee is hot. I tried to take what would be a normal swig of morning coffee, but hadn't remembered the full role that milk plays in that relationship. I guess I could just be drinking a glass of milk right now, if I had any, but I would have to suffer the opinions of others to do so and to admit to it. Something about cruelty, or man's inability to digest cow's milk, or something. True liberals always have the strictest of diets. It's how you can gauge liberalism without being rude.

I suppose that some of all that health-yammering might be true. My diet is poor. It must be from ingesting all of the fake nutrient news sites online. Those sites should all put a little banner on the McDonalds ads in my news feeds letting me know that's not real food. How else am I to know?

There is nobody left to argue with. The election has emptied the country of what little sense of humor it had left. People were afraid that Hillary was too corrupt. Some of them voted to show how sick and tired they had become of that. They voted in a guaranteed outsider: a celebrity that no one likes. Our first verified multi-megalomaniac in the oval office. Only a celebrity outsider can get rid of the corruption in Washington. Any fool can tell you that. He's like a Rambo that never sullied himself in battle. The requirements for beating the democrats were basic: He must be hated by liberals, he must speak the racism in his mind without fear of censure or recriminations, and he must wear a baseball hat leading up to the election.

What's a little racism once those criteria have been satisfied. Turns out that the word "He" was the most important one in the sentence.

America has created another division for itself, between the angry and the exhausted. There are people who want the battling to continue and then there are those who are too tired to beg for it to stop.

One component of the multi-faceted civil war in Beirut was between those who wished for the war to continue, believing still that victory was possible, and those who only wished for the fighting to stop, at any cost. Each side in that struggle became likewise divided along those lines, as well as all of the others there - political, regional, and religious.

So, there is that to think about here on Sunday morning. When you think the country is "too divided" it's fun to think up ways that might even make matters worse. It's easy.

I don't mind that the democrats had their asses kicked. It's more fun for me when the republichens lose, but it's nice to see everybody get a turn up at bat. Looks like some family values will finally return to the public conversation. At the end of it all the people who study these things will tell you that everybody showed up to be a single-issue voter, and there are about 150 million issues in the US.

There is the now famous video of the shirtless tatted meathead screaming "make my burrito" at what appears to be a Mexican-American protesting the Trump rally. This ink-bedazzled athlete had only one issue - he wanted someone to make him a burrito. You can sense his exhaustion at hammering this point home for so long now. His weariness at wanting a burrito has now become anger. I know plenty of Mexicans that would be happy to make him one.

I would have paid money to have had an election night webcam on that guy. His excitement must have been simply Hitleriffic.

Ok, that was just my practice intro. I had not wished to write about politics today. I am a rebel for both sides, one wanting to stay and argue the other wishing to retreat, to regroup, to re-brand for next election.

Ok, well, that was my intro. as well as my post, it seems.

It helps to warm up with politics, creates an enemy, something to write against. I had intended instead today to tempt the nebulous. Maybe tell a Christmas story, one that everybody except the godless can agree on.

The boy is up now and will want some breakfast, some fruit and then something I will prepare but will not eat. An Eggo waffle with butter and syrup. Maybe I'll try just one bite, to help offset the coffee. To oppose the bitterness, in its own way, with nature's maple sweetness. Some xylem to offset the phloem. 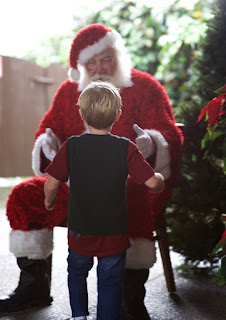