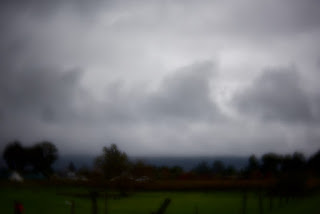 Oh, sweet delicious Friday. You are mine.

There is a work party tonight in the city. I am leaning towards not going. My current Jesuit-Judo sabbatical from demon alcohol whispers within me, Don't Go, Sean.... My present sobriety has eroded my social life to near nil. I don't meet as many people when alone on a bicycle riding down country roads as I do when chatting amicably at a local or distant bar.

I mean, sure, such a thing can be done - going to a holiday party without drinking - but, why? I'd much rather prove, again, that I can drink than to perpetually prove the opposite. Any imbecile can abstain. It takes a special dullard to indulge.

What I have learned about drinking is that it must be accomplished one day at a time. If you try to drink in the future then you might stumble on things yet to happen. The past is as crowded and unlit as a whore's attic. In that temporal fact, drinking is like most other things: best accomplished in the moment.

You can try drinking tomorrow, or in the yesterday, or the day before that, or further beyond that, ad infinitum. Eventually you'll find that it is only drinking today that will run the risk of making you happy, if at all. Anything else - dancing to remember, dancing to forget - leads to a type of dream travel, a common side effect that accompanies drinking. The liquid flight of inadvertence. Once there, the future appears unexpectedly bright, swollen, and aching all around of you.

Readers here might suspect that I am a mild misanthrope. The opposite is true. I am a social guy, some say much too much so. There are cat people and then there are dog people, I'm a heavy drinker. I don't give a shit if you think cats are superior to dogs. I think that you're a stupid twat for thinking such things and your cat probably agrees with me.

Drinking, it's what I like to do while I'm doing it. It doesn't always make me as happy as I might hope. When I stop, I no longer enjoy it. Instead, I examine it quizzically as from afar. Almost as if it is someone else that is so irredeemably thirsty. I have come to a minor realization about drinking that I now accept as a personal truism: For me to drink as I do then I must forgo other pleasures in life. When I think of it in this way then it makes no sense. None. Yet when engaged with drink, I do not have that same thought often enough for it to be of any particular use. Transient ideas hold little sway over a transient mind.

I believe the term to describe the behavior is compulsive, though that term seems harsh, even unforgiving. I would concede a spasmodic urge, though it is not irresistible. The pot-butter has filled me with far too much second-guessing and laziness for me to now pretend that I am at a disadvantage to my own impulses, or that I have the ambitions to pursue them to completion once entranced by their whisperings.

My ex might claim that it is among the reasons that we are no more. The bottle can be totemic with its charms and spells. If I continued to drink as competitively as I had been then I might have continued disagreeing with her that we were no longer meant to be. It has the effect of making a person captiously recurrent, even when in love. It has caused as many marriages as it has destroyed, in that order. Double that number in babies. Though it fails at sustaining anything outside of itself very well.

That's part of why I've escaped it for the time, I have grown tired of the boorishness. I kept hearing myself say things that I had already said, each time the words seemed a little louder. A careful reader grows tired of a lazy script. Counter-intuitively, many writers are destroyed by sobriety. They can not bear the weight of it.

I'm not sure when I stopped drinking last. It was sometime after my birthday. I remember having a glass of wine at dinner that night. I don't remember after that. Or rather, I don't remember what day I stopped drinking shortly after that, only that my weight had crept back up to around the 210 mark. I became alarmed that I was sliding upwards on the balanced slope of the leaden gym scale. I only joke about "blacking out." That has never been a feature of my life. I am cursed more with memories than with their absence.

Talking openly about drinking makes people uncomfortable, I have noticed. That's why I like it so much. Nobody can take this perverse joy away from me. There must be something to that, though. People become uncomfortable discussing urges, even when they are not their own. People seem to understand what animals we all are. Self-consciousness and imagination prevents most of us from ever addressing it, dressed in civility. For every impulse there is a matching virtue of the imagination designed to counter it.

Ah well, I have set out to train for the 2017 Spring Olympics in Napa. Best not to tamper with the delicate framework that is my mental and physical health. I expect nothing less than to take home the Gold.

You'll be seeing me on the television, Ma'. My fists'll be raised in the thrill of victory...