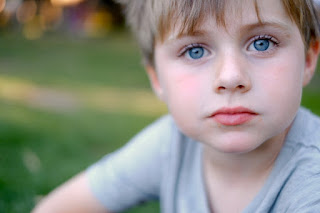 The boy and I went to the Farmers Market last night, walked around and bought tri-tip sandwiches and corn dogs. Sat on the grass and listened to the band play some easy live music, played on the swings and in the bigger kid's playground. Mom met us for a bit and the boy's spirits were lifted by it.

I find myself asking, What next? more and more. There is the immediate plan to just have adventures, but I have never been very good at planning for the distant future. I'm lucky to be able to successfully pull off something over a weekend. I do better when I have more money, but that never lasts. For me to live a life reasonably free from financial concern I would need to make approximately four times as much as I do now. Ping me on LinkedIn if you have any secrets to such a thing.

Ping me. Jesus, what have I become...

Well, no time to solve the world's ailments today. I was going to spend a bunch of time on Facebook being white, you know, criticizing football players for not saluting off-duty stadium cops.

The Libertarians have stepped out of their way to support Kaepernick's freedom to not stand for the national anthem, but they sure have spent a lot of time criticizing it. Not as much time spent understanding his reasons, only pointing out that he is wrong, wrong, wrong....

One time, many years ago, I was at a baseball game in Yankee stadium. It was the first July 4th after Sept. 11th, 2001. My friends and I got pretty liquored up on whiskey before the game, just as we sat in our hundred dollar seats waiting for the sports to happen.

Now, there is still no consensus as to precisely what happened next, but the gist of it was that I nearly made my friend shit herself because I criticized her dramatic delaying of standing up for the national anthem. She claims that she was simply pulling herself together to do so, and she is a notorious procrastinator. She ended up not pooping her pants, but that didn't help anything.

In any event, a whiskey argument ensued, she left the game quite upset.

Afterwards, for a few weeks, as I replayed the episode in my mind, I was repulsed by the unchecked nationalism that I exhibited. I buffered my behavior in all sorts of qualifiers - Yankee Stadium, July 4th, Sept. 11th - but nothing worked. I realized that I was a boorish twat, and didn't believe any of the dogma or protocol that I was advancing, for reasons that I could neither embrace nor internalize.

None. It was the behavioral equivalent of doctrine, a retreat from thought rather than a willingness to engage. Oh well, I never apologized, or updated my official stance on this specific brand of stupidity. I will reconsider standing for the national anthem. though. When you think of groups of people standing together in the presumed sanctity of honoring their nation then some good questions do arise from it, though none that I wish to answer for anybody else. It is silly nationalism, that one should show standing reverence to a flag. I sit with Kaepernick on this one.

Nothing matters. A friend's father passed away last night. After 60 years of marriage, his wife having passed away about a year ago, he retired his will to live - stopped eating, weakened himself in such a way that all knew what was coming next.

I'd stand to that, and put my hand on my heart to honor that. Anywhere, anytime. It all ends. The most beautiful and complete versions of life and love vanish before us. It is a must, to become what love is then it must also pass.