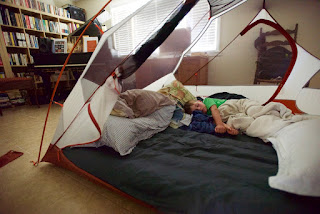 I go into the other city today, SF's penal colony. Some people claim to like Oakland, though many fugitives must have adored Gary, Indiana at one point, also. There is a work function there along the bay. I'll go and drink beer with my work mates, find out if any of them really love cocaine or not.

No, I should not joke. This site is not anonymous, though it is farcical enough to sometimes seem so. I do not have the luxury of being veiled by obscurity.

I received a very bad text last night. There was a question about bed bugs and why did I have them. I did not think that I did, but will need to find out. I will begin the year long search for signs of them on my mattress, then I will overact if I find any, like an American mother discussing their child's needs. I have had the scare a few times before in NYC. The very thought of it makes me itch and scratch as if my body is an infested mattress and I a squatter in the insect kingdom.

That last paragraph made me want to make a crack joke. I see now why cocaine is such a problem, once you start joking about it then it's increasingly difficult to stop.

We started to break down the tent last night and pack it away. We had visitors coming over for dinner. If I had a larger house I'd try to find a way of leaving it set up in perpetuity. It's fun. I remember when I was a young boy I had a rather large walk-in closet in my bedroom and I found that my mattress fit perfectly inside of it on the ground. So, I removed everything from the closet and set up a living space inside.

I put up posters from National Geographic of the known universe and of our solar system, maps of the earth's topography. I moved a shelf of my favorite books and my stereo in. It could get quite hot, so I hung a fan from the hanging rod, positioned downwards. I would close the door and listen to music for hours that became seasons, forming all sorts of solemn ideas about myself, that I was perhaps destined to live a monastic life of meditation and commitment to self-education. I read the widest variety of books that I could imagine at the time, all the way from Hemingway to Carl Sagan, thinking myself quite protean.

Perhaps that is why I was eager to defend the artist's right to self-involvement the other day, treating the quality nearly as a requirement. I am still wrapped up in myself, and my own thoughts. Though those thoughts of self no longer involve only me. The idea of self becomes one's role, also, what one spends their time doing. You find yourself nestled within another, and likewise your voice of self is no longer alone.

Those distant halcyon days are remembered among my untroubled best. 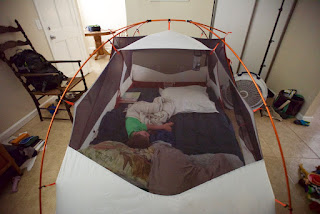