"I just think I'll go away" 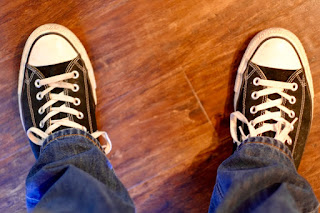 I never left the house today, never put my shoes on. Left my phone off for most of the day. It was glorious, sort of. I've binged watched shows in bed in my underwear, but then I lost them somewhere. They're probably under the bunched up covers, enjoying the momentary peace of solitude, praying for rain, or that I will think they're dead. I have several more pair, but what's the point. There will be no dinner guests tonight. Who needs underwear. I have eaten everything in the house that did not require preparation. Stood naked in the kitchen, the sultan of the fridge. I have dirtied all of the dishes that I could without malice.

I have been enjoying drifting in and out of a semi-medical coma. I've had worse days, those that can not be slept through. When it comes to sleep I want fewer options, none that involve waking.

Between old reruns of Adult Swim series I've been listening to some bluegrass. What tremendously great stuff.

There is type of person that claims to love all types of music, except country. Most of them are too stupid to know what bluegrass even is. It would all be the same to them. You know, the hordes of people who used to be fans of progressive house and would unashamedly talk about the different styles within that genre, but now downplay their youthful enthusiasms and indiscretions with mostly silence on the issue.


I think I pissed a few people off yesterday with my musings on the meaning and misunderstandings of equality. To try to define it, or understand what is meant by its enforced use, is not to argue for its opposite. People simply choose to believe in the concept selectively, and do not wish for anyone to question what is meant by it, or to question the existence of the honored quality within themselves. Equality is a term used to abort both thought and conversation on the very subject it purports to resolve by its acceptance. It is almost a non-sensical term.

If you don't know how to respect people then a bumper sticker ideology isn't likely going to fix it. I'm going to start telling people that Gandhi invented the word. You'll see that fact on Facebook soon, where it can really prove its effectiveness and flexibility as a concept. You know, being the spare change you wish to jingle in the world.

Jesus, some people really make me wish to die, or kill.


Today was my brother's 50th birthday. I texted, but it may have been too late to reach him. He was part of the reason I developed such a deep love for music, though you might not know that now. He does not seem to have much interest in it any more. Or, if he does then he doesn't talk about it much. I'm getting there. Some of my passion for it has dwindled, probably hiding somewhere with my underwear.

But not today... not with all of the great bluegrass that's still available out there. I would starve the children of a third world country to be able to sing like this guy. Or, first world, whatever.

You know, delusions of banjo.