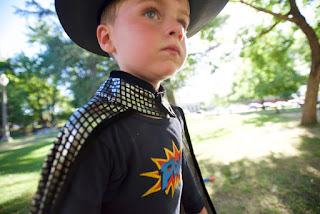 Days are complete with routine - mornings with the boy, working, eating, exercising, the boy in the evenings again, writing a post when I can, sleeping when I can, repeating when I can. There is so little time left to just fuck about and do nothing, which leaves even less time to do something adventurous, or useful. It really is no wonder that people drink and do drugs. The surprise is that they don't do more of them, and more often. Abstinence is an equivocal blessing. It takes the happiness from the first few glasses of wine and spreads that evenly throughout a twenty-four hour period, leaving the sensation nearly undetectable until you opt for its complete opposite. Joy no longer arrives in a warm wave, but rather as particles of light, everywhere and nearly useless because of it. Temperance is like daytime, you tend to notice that it's there.

The other advantage to abstaining is that it reduces pain. My best days are stippled with routine diversions. Life is more interesting when you drink, though not always in a way that invites interest, sometimes it demands.

I've been thinking about it more, lately. I tried a limiting regimen - one night of drinking a month. On the first night that I implemented this I drank as much as I wanted, as per my agreement with myself, only realizing freshly again that I don't care for drunkenness very much. It is simply the result of drinking, slaking the thirst. I greatly prefer moderate drinking, though that is only an infrequent result when giving in to the daily compulsions. Moderation is caused more often by time restraints than by my own volition. For someone that does not care for drunkenness you might think that moderate drinking would be a natural result, that one's behavior should follow one's senses and one's feelings about life and living. You might think that.