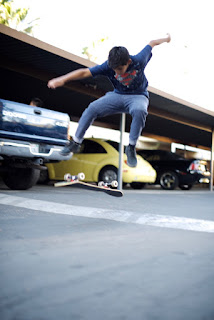 Yesterday I lied a bit again, for the purpose of trying to make the story circular - less oblong or irregular. It was not the guy who committed suicide who pulled me away from the train, it was a survivor. A minor indiscretion, for the sole purpose of dissimulation.

I often omit facts rather than bother misrepresenting them. The tale relayed yesterday could not bear the weight of another character. There was already the black-hole-like gravity of the self-involved author. Then of course there was the suicide. I had run out of space for other humans in there, within the standards of brevity we all enjoy.

As I get older, I think less. But also I think less of the suicides that I have known, or been near. I think less of everything. Perhaps I am just thinking more slowly than I once did. The cycle of my thoughts is perhaps in order, it's simply recurring less frequently. My bpms have slowed, even wobbled.

When certain things do cross my mind they spend less time there than they once did, so it is not so spiritual as to be related to oscilloscopes or yoga.

Love is a reflection of the quality of time's passing.

Time is a reflection of, etc., etc.

I keep trying to do things. More things. There's no spare tire for it, though I have taken up amateur skate photography. There is a burgeoning skate scene among the kids in mi barrio.

Recurring time to have some to oneself, to parent, to work, to occasionally read a book, and to enjoy the burden of a single or dual modest set of ambitions... One must choose. One must shave when you are a man's face.

I'm lying again, wrapped in a story. It is good for women to shave also. I choose to write a daily blog, one that has increasingly become about me exercising daily on my bike, or the bike that I want; time spent there; observations made, scratching against the surface of the earth, verifying that I am alive.

I should find somebody to exercise with... I hope that I wouldn't end up resenting them for eating up all of my "me time." It's what happens with love, you know: reminds you that it doesn't have to be there. If two people find new ways to remind one another of that then they should be fine.

Before you know it, or just as you know it.... this person that you once wanted to share every minute with took your words quite seriously, even literally when it made sense to do so, and now wants every heartbeat, to the very last. It's the way: to promise love, then to last forever, vow to capture one another's last heartbeat, if only to give it back to the past, if only, to, give, it.