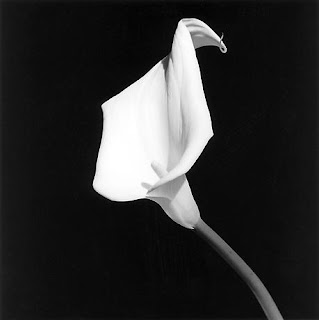 If you are anything like me, after six and half years of writing personal essays on a daily site then you might lose your mind a bit, also. I've reached that point in self-therapy where I'm not quite sure where to go next. There is no apparent cure for what afflicts me. Talking it out only seems to encourage it;  patient self-consciousness in no way resolves it; reckless submission feeds the thing that feeds the thing.

I should have decided to go to Burning Man, if only to give myself a break from radical self-expression.

I received a series of rapid texts from a friend over the weekend. She had found a ticket and was making her plans, wanted to know what mine were. Mine, unfortunately, included not going. There comes a tipping point in the number of friends that do go in which you start to feel as if you're missing out, that you might regret not going, that you likely will. The ticket and car pass that I passed on are out there haunting me somewhere, in the wrong person's hands.

In my lustier days I might have went on to discuss the chopping off of the hands of thieves and the difficulties that behavior represents for radical future self-pleasuring, but that angry desert sultan-prince is no more. I am Aladdin-esque now in my middling years, floating on magic carpets, though blonde with blue eyes, like Lawrence but with neither the masochism nor the sadism.

Well, a little desert breath of each, nothing more. Hopefully just enough to be fun and consensual, not the type that results in the warranting of any formal charges, or inquests.

I am trying to answer your questions... I never remember him actually touching me, skin on skin, but the leather that he was cloaked in did come in very harsh contact with the skin of my bottom repeatedly, as he was spanking me. The whole thing was glowing pink, the flesh had become very tender to the touch. I couldn't always see his eyes, but that was because of the full leather unicorn dildo mask and body suit he had on, as I mentioned. His speech was impeded, mostly because the red ball that was where his mouth would have been. It prohibited him from forming complete sentences, which was fine by me. He just kept huffing some canister of medicine that he said was for his asthmatic palpitations. He called it "Blue Velvet," though I do not believe that was the brand name. It looked as if it may have been one of those medicines that comes across the border from Canada or Mexico.

Mild, playful sexual torture is a lot of fun, as hopefully everybody knows by now, but I should let it go. I've lost some weight, so my old full-leather body suit sags around the midsection and makes me seem comical when viewed outside the strict context of sadomasochism.

I can nearly see myself now, wandering in the noonday sun, offering peppermint Tic-Tacs to anyone that will approach, seeing if I can convince any "fellow burners" to drop one in my mouth. That is, if they can work it past the tightly strapped red plastic ball there. I would smile with my eyes, of course, and try to explain using only the motion of my tongue that the many mouthfuls of dust are simply torture on one's breath.

I would be known by my playa-name: Gypsophila.

Ah well, I suppose that I could just commit to not writing here for a while, though I don't believe that will help the problem. You see, my situation is desperate enough that when I ignore attending to its needs then it only grows in strength. It lurks in the shadows of crevices, waiting to pounce. Then, ashamed when it does, like a roid-rage without the roids or the rage, just a tremendous amount of sexual frenzy followed by waves of soul-smashing guilt.

Maybe I should get into steroids and growth hormones. At 47 that seems sensible and timely. What further evidence is required to complete my mid-life watershed years. I could make that quantum leap into fitness where my body begins to swell up around me like a balloon made of misshapen penises, veins bulging across the surface of the voluntary spasming of the muscle, twitching with glandular discharge.

If I had not already named my post FOMO then "voluntary spasming" would have won.

Ok, this exercise is pointless. Any one of my ex-friends has heard or said most all of this before, in a previously versioned telling.

I will return tomorrow with an attempt at beauty as a compensatory act, perhaps the image of a singular flower as it bends towards what would otherwise be sky. A lily, an orchid, or an iris - an impossible series of delicate depictions meant maybe to suggest the fragility of impermanence and loss; substituting sensuality with what some might see as vulgarity; juxtaposed with a comically exhausted sense of fatalism.

Okay, I swear this: I was going to wrap this verbal train wreck up with that last paragraph, but then I received an email stating that someone recently mentioned me on the failed media platform Ello (I never bothered destroying all of the evidence that I even joined). When I clicked on the email to open it the below image is what I was presented with. I swear it as fact, a mere glimmer of truth mixed in with all that exists above.

The world is just as weird as you invite it into being.

She seems like my kinda' girl, though she might have thought to make him take the pictures... I'll make sure to tell her when we chat. 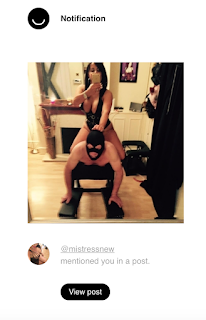