Early bird, worm. Get the picture? 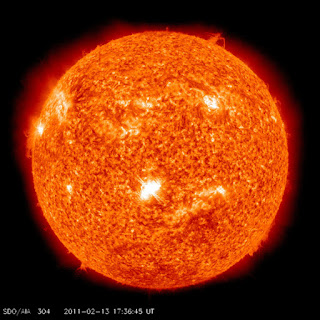 Jesus, what is happening to me. I am becoming a different version of myself, already, again. If I had a garage then I'm certain that I would have filled it up with junk by now. Shelves representing layers of years. I might be found puttering around in it at any given time, a ghost of broken devices, all awaiting excavation. I'm becoming a cantankerous tinker, the mutterer of Christmas past. I'll be wandering the hills here soon, sleeping out under the stars on my days off from being a father.

Increasingly, I wish to be left alone, though there is some invisible thread that will sometimes tug at me from great distances, bringing be back slowly towards the sound of people talking.

I return, usually only to argue a bit, then move on. Some middle-to-late-aged discourse about the paucity of political choices, the increasing price of things as related to our current trade agreements, whether or not sunspots are the actual cause of climate change, or even if there is any. You know, subjects in which it is tempting to be agreeable.

Climate change, for me, is fascinating and ideal. It reflects more than most any other subject the danger of letting voters get their ignorant little toe inside any doorway to any topic. I don't pretend to be knowledgeable on this subject, only argumentative. That there are unanswered questions concerning the nature of climate change creates just enough space for the American mind to fully politicize it, and yet still discuss it as if the speaker is a well-informed pseudo-scientist. Then, it is an easy enough leap to deny that it is happening at all. Voila', problem fixed.

Only a liberal would worry about such things.  The real conservative men of science scoff at the preposterous claims of sissies. We'll never know if sunspots cause global warming, we'll only ever be able to tell that man can not change sunspots any more than a leopard can.

Ah well, what can one do. Talking about it changes nothing except the temperature in the room.

I just want the world to sustain one more lifetime's worth of happiness.

Every morning for the past week, precisely at 8am, an alarm of one of my neighbors starts going off and will continue for almost an hour before it finally stops. The volume is relatively low from where I sit, but persistent and in the form of an alarm. It is maddening, to know that there is some happy fool sleeping daily through the very source of my misery. I don't mind being unhappy so much, I just can't stand being ignored about it, unnoticed.

I want to wander around until I find the room that the sound is coming from and start whispering unsolicited life-coach advice in through the open window, though I'm not quite sure how that would fit into my wanting one more lifetime's worth of happiness.

I suppose I could set an alarm to start at 7am and just leave it in my open window. It's precisely what I would have done in NYC.

See? I am becoming a different person, again.