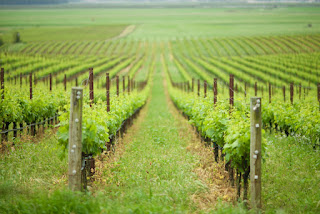 The season is already changing. The earth is returning again to its tilt from the sun, leaning into darkness. Summer should be in full swing, yet there is a chill in the morning air, a grayness in the skies. There is quiet on days when there should be the sound of children playing. The breeze has begun to move the trees outside the window.

I took the day off from work, for reasons I correctly predicted last week. I was feeling stress and knew that I needed some time to myself. I used to hold months of solitude, if solitude was what I wanted. Now, the weeks are broken up into on-again / off-again schedules of work or parenting or social time, driving into the city or back home again. Rarely a day goes by that I can call my own, or can insist upon it.

Having time to myself is strange and unfamiliar now, as if it is a secret. To speak of it is almost to erase it before it happens. I sit here now, enjoying the silence and peace, worried that if I do not do something with it soon that it will disappear from around me. I will feel guilty for having squandered a thing that can not be saved from squandering.

There is some cultural guilt surrounding freedom of time. American parents are fucked. There is a competition here to out-parent one another, at any cost. The imaginary escalation of good parenting in this country has destroyed the lives of those it is ostensibly there to improve. Not the kids, but the other ones, the ones who should know better. Everybody is trying to become worthy of a magazine mention.

Don't get me wrong, some parents are just no good at it, others make it far more difficult than it needs to be. There is an hysteria that surrounds parental concern that prevents anyone from relaxing. It is how you know that this country can easily slide into something resembling fascism, the totalitarianism of freedom. Everybody gets to opinionate everybody else into a corner. It starts with rigid ideas about what is "good parenting" and might end with the faltering of one or both of our two political parties, which is of course already happening. Whatever purports to replace the current system should be guarded with deep skepticism, especially that system which claims to represent the best of the best of the freedoms. America is ready for it. I mean... they're about to experience it. I do not mean to suggest that they are prepared for it.

My guess is that it will be Libertarianism, or something like it. It is far right wing conservatism under the banner of liberty. If not them, then it'll be the liberals under similar auspices, through the use of the boa-like constriction of liberalism.

Ugh, today is my day off. I should leave politics for a work day, one that is already tainted with concerns and needs. Today should be a day for stories.

CS wrote of Peru this morning.

I was reminded of one trip that I took there with a few friends, one of whom committed suicide a few years later. On that visit we were all performing at a big party. Afterwards, we planned a trip to go to Machu Picchu together. We took the helicopter from Cusco, rather than the train. It saved us three hours of sitting. It was an old military helicopter, still painted green. The jungles below were rich, vast, and unforgiving, also very green, nearly a perfect match. Any rescue operation that might have been attempted would have suffered apparent challenges, as would have any survival attempt made from the ground, from a swallowed dot of invisible wreckage.

I came down with an atypical case of stomach sickness as we were in transit. I ate or drank something with the misguided courage one gets from traveling without consequences for too long. I spent much time in a small room vomiting, and also the other evacuation. I was drained of all excess energy and fluids. What little remained was for survival. The microbes had won. I signaled defeat with every breath, each drop of sweat.

As we arrived and were walking towards our accommodations, there were train tracks where the passengers whom had come through the jungle would also arrive. We were walking alongside the tracks and could hear the train arriving behind us, its whistles blowing and the metal on metal chaos of locomotion.

I turned and noted it, but was already too far gone into whatever sickness was going to take me to help myself, or to understand what I should have been doing differently. At what would have been my last moment a friend's urgent scream of a warning in the form of my name made it through the sickness. I stepped away from the tracks just in time to prevent the train from crushing my head from the side as it was arriving at the station. The look in my companions' eyes said much about the proximity of the near disaster, though no evidence was more convincing than the train itself. I remember in my fever turning to face the passing of it, inches away, watching the orchestrated steel move in unison in front of me where I had been walking, larger than any movie, larger even than a train.

I nearly fell into it from the startle and shock. The friend who later took himself pulled me slowly away from what was happening. There is that moment at the onset of sickness where death invites itself and you are not yet aware enough to fight it off, to devote care enough to stopping it. Such is the confusion of its arrival in the fevering body, the delirium that attempts to replace life.

I had miscalculated how far away from the tracks I was, how far the train extended beyond where the wheels touched track. My friends behind me had a clearer view of my miscalculation. There would have been very little chance of survival or rapid transit to a hospital, but rather only an unlucky death in the jungle, a crushed skull, or an equally unlucky survival.

I lived to tell the tale. There are other details, but the sun is making its way to the ground outside, the hills are calling me, inviting me upwards as a river that runs backwards into the skies.

I have started doing something devilishly irresponsible. When I see an inviting vineyard that appears unwatched then I will ride up and down a few rows of grape vines at full tilt. Exhilarating, knowing that a reasonably good rifle shot can probably hit my head from any balcony in the distance. That I will have never even heard the gun, the sound having made its way to what was me just miniature moments after did the bullet.