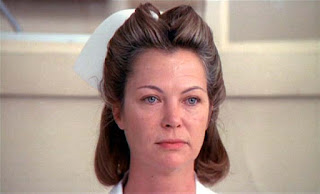 I'm fucked - stressed out, need some time to myself. I took an extra day off from work this upcoming weekend, though work is not the cause of my stress, I do not believe. It can be a stressful job at times, but I am bringing anxiety to all that I do, even writing here. It feels awful, to resort to vulgarity as a substitute for anything. I am trying to make the world ugly for reasons I've yet to determine. It is causing me issues and I need to return to some sense of center.

So, this weekend I will lounge and loaf and invite my soul. Something like that.

I sit here now, eager to get outside and to ride my bike. Lately, riding my bike has felt like writing posts used to. I am putting something into it, getting something out.

Would anyone like to hear me go on complaining about how poor the effort that you're currently looking at really is? I used to hear people say that you have to be able to laugh at yourself, I hadn't realized they didn't mean cruelly so.

No, I kid. Most people seem to suggest that I'm far too easy on myself, if you can believe that. I have learned not to allow the inner voice to be too disappointed, or too harsh, for too long. It hasn't helped me much, but I do think that it is a key to laughter, whether you win or lose the inner argument it tends to finds its way out in an eruption.

I wish that I could somehow make this site my live Tinder feed. That should keep the dates just rolling right in.

I'm ready to be unfaithful to an idea.

Some of my previous fidelity could be attributed to the fact that other women nearby were cautious of me, the rest probably can be chalked up to drinking and drugs - inability to either love or cheat. It's almost too bad that drinking doesn't make women go dry the way that it can render men soft. Half of the world's ills could be solved by us each swallowing a daily bottle of evolutionary adjustment.

Moistness might be an advantage. Softness, perhaps even more so.

Well, that is a dark way to end the post. I mean, I'm laughing a bit at it, but fuck.... We all know what happens to old Billy in the very next scene.

I made a joke the other day and it had to do with the old dual similes of men being like dogs and women being as cats. Then, as you might, I pictured a dog fucking a cat. It was a scenario I have not envisioned in many years. I laughed for days, here and there. Still am.  I mean, if you just close your eyes and picture it... it is some fucking funny stuff.

I challenge you not to giggle a bit.

Doesn't matter whose side you're on: a dog fucking a cat.