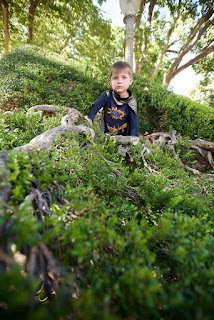 I can imagine my life unfolding in NYC, unchanged much from what it was before. That life no longer holds as much charm for me as it did only a year ago. It's odd how those things happen. Some internal switch flips and one no longer feels the same about some time or place of the past. The heart stops longing. On my return visits now the city seems vomitous, unwashed, covered in something unpleasant. The entire place seems like a subway platform left out in the seasons, made mostly of patterned industrial bathroom tiles.

What I once felt as the vitality of the place now just seems like noise. A hum can mean almost anything if you will it, and as long as what you will it to be is a hum of some kind or another. Things change when you adore a place, or a person in a place. Love renders chaos meaningful, without promise of it being any less chaotic. Love always works with the next person in a way that it could never work with the last. Is there any human faculty more cruel than this effective biological fib. Individuals are the most common denominator of their own relationships, yet the success of love always seems dependent on the arrival of the next.

NYC's greatness is in part its largeness, found in its crowds or in the vastness of their absence. The place is humbling. It instills a type of pride in any who have felt and embraced it for any time. It is larger than personality, though it relies on its aggregate wealth of same. It can herald or subsume, and it hardly seems to care which. Celebrities understand that it is important to make their biggest mistakes in other cities. There is something shameful and naive about a young star making their first mistakes in NYC. It seems unearned, presumptuous, eager to be embarrassed, and also possibly their last.

I have become a more quiet country boy. I like to ride up into the hills and disappear into the rays of the sun. This month marks five years of living here. I have started to take more advantage of the beginner mountains that surround me. Next weekend I may ride over the Mayacamas to Napa. It is called Trinity Road and I encourage you to look it up on a map. It connects the two valleys with a tremendous set of nearly shoulderless switchbacks called a road.

Well, since this site is about me and my self-fueled obsessions I did the work for you. The map is linked below. It does not show the altitude differential, but anyone familiar with glancing at maps and mountains and roads that cut through them can make their assumptions.

I want to go through my books soon and donate the ones I no longer want and make a stack of those that I have not yet read. I want to throw out every technical manual that I own.

Middle life suggests that you've run out of time to become. I may reach out soon to the other members of "The Finer Things Book and Sushi Club" and see if any of my old reading buddies wants to fire up a demonic contemporary novel again.

I half kid, but we did have a little faux reading group in NYC. I think that we only read a book or two together. I remember Revolutionary Road.  It concerned itself with the failings of love. That is, until it all ends in death. There was a botched self-applied abortion. That was the device used to end the tale.

I've spent too much time trying to understand how love works, why it fails. I am no better for it at middle life than I was at the onset of puberty, though I can chuckle it at it more easily now, from what seems a safe distance. It arrives and disappears in a mystery whose singular effect seems to be the removing of mysteries, a drunkenness that gives the effect of temperance. 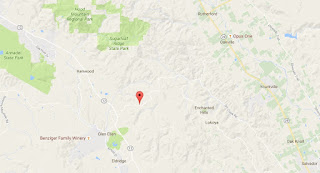