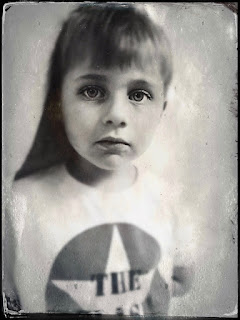 Less than a week ago I got a new pair of glasses, about $250 out of pocket, after insurance covered a nearly equal amount. Yesterday in Oakland they disappeared. I told you that the place is SF's unfenced penal colony. There will be no second chances at having insurance cover half the cost again, for at least two years. One second I had them, the next second they were gone. The manager shrugged and said, You really can't set anything down in Oakland.

I'm becoming tired of my life lately. Everything I look at in my apartment is some thing that I started. There are stacks and stacks of things half done, books partially read, projects missing a component, dishes used to eat and then abandoned, unwashed clothes overflowing from the dirty clothes repository. The road to hell is littered with tepid ambitions.

I'll get over it. It's probably just a phase. For the time being I have grown tired of life, of its routines. I don't care about many of the things that used to seem to matter so much. I don't want anything anymore. Except maybe to be left alone, which probably means that I'll be falling in love again any moment now. There is probably a strange woman hiding under my bed as I write these last words, first wanting to be loved, then wanting to fix me.