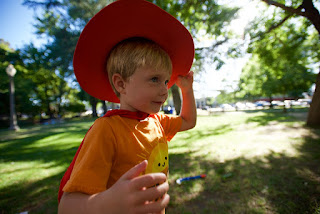 The sun is coming up, but I don't feel like getting out of bed yet. I will go for a ride today. I skipped yesterday, though I had intended not to.

Are we still discouraged from ending sentences with prepositions. Is it bad form? ... though that was not my intention.

I came home from the boy's birthday party and started watching My Best Fiend, Herzog's documentary on his relationship with Klaus Kinski. After that, I stayed in bed and ordered lasagna delivery and read from the endless stream of articles online. Klaus, it turns out, might not have been the best dad. His daughter Pola Kinski claims that he had sex with her for about 14 years. She broke off all ties with him when she was 19, shortly after the relationship became legal.

I should not make jokes. It is all saddening. She described her experience as being trapped in a prison of her own body. A hackneyed phrase, though apt I presume. He told her that it was all very natural, and that many fathers do the same. He was sadly correct, or rather factual in his statement. Many fathers do. There is no denying the naturalness of the impulse and the act, also. Though the word "natural" seems out of place there, mostly because it has been ruined by advertisers as a word. It is the correct word to describe incest as something that does occur in nature. The Brazilian wandering spider is natural, also.

It is difficult to imagine the relationship, unpleasant scenes emerge from nearly every angle. It is not beyond me, how some people give in to their unorthodox cravings, though I am no longer entertained as much by humanity as I once was.

The couple whose house we were at to celebrate the boy's birthday had stayed in Kinski's cabin in Lagunitas and had told me how peaceful and secluded it was. I don't think that they mentioned that he had also died in the cabin. Perhaps they did not know. It would not have mattered much if they did. People die places. Speaking of, I will watch Nosferatu the Vampyr tonight. I don't ever remember seeing it, though increasingly I remember having seen something after I start to re-watch it. So, there is that to aging, the ability to re-watch films without

When Rachel and I were in Paris celebrating our future divorce, we were walking near the hotel where Oscar Wilde died and we found a snapshot of Kinski in a shop window. I remember taking a picture of us together with it, then a passer-by offered to taker a picture of us.

Today will be an incest-free day. I will go for a long bike ride, then to the gym. I have an appointment in Santa Rosa to get some help with sleep. Fatal Familial Insomnia is also quite natural, though there are only 28 families known to carry the gene mutation that causes it. Some people have lived up to 36 months after the first signs appear, which eventually results in the complete inability to fall asleep, though most only live a few months. There are no known drugs to cure it. They can not be put under by the soft hands of Somnus and Morpheus.

It ends in delusion, hysteria, and death. All things which are also quite natural. 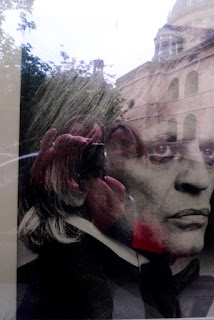