The short-lived joy of cheap polemics 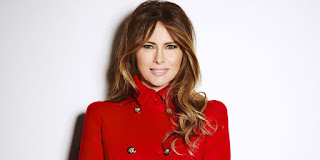 Trump is going to win. I see that now. His campaign is playing the neo-liberals. They are so eager to denounce and correct that they don't realize how much their unease at Trump is playing into that campaign's strategy. Few things make conservatives as happy as liberal anger and piteous self-righteous indignation. It's catnip for the true constitutionalists.

America should prepare to have a new crossing guard in town.

Not only did they know that it would be noticed that they plagiarized Michelle Obama's speech, it achieved the intended response. It is a way of saying, If liberals want to steal from us, let's see how they feel about it. They won, and they will continue to win on this point. They know that the wrong people love them on the "right," so they're making sure to get the right people on the "left" working hard for them every day, as freelance publicists.

The Newest Liberals will be to blame for whatever happens, of course. They're too stupid and self-satisfied to get out of their own way. They seem to think that they're helping people with their anger and vitriol. That they can't agree on Hillary will be their undoing. It's how elections are won and lost.

This one will be the latter.

That is my official prediction, for today. Predictions change as needed, though they always go up in price exponentially as the deadline approaches.

I must push myself away from the conversation. It brings me little happiness and is a diminishing return on the self-satisfaction of feeling right.

I blame myself for having bought into this a bit. I don't like any of the candidates, so I've been playing around, seeing what sort of animosity I can scrape up from the process.

It was wrong, I see that now.

Okay, I will comfort myself with my own self-satisfaction at having been right. If Hillary wins I'll rejoice and act as if I wanted her victory all along. Nobody will remember that I was once a sexist that disliked her solely because of her strident feminine qualities and characteristics. I shudder to think what the result might be if I said that I wouldn't vote for Melanoma Trump, either.

It's lucky to live in California now, sort of. I get to see if my vote will matter before I've even cast it.