"The World's Most Comfortable Underwear" 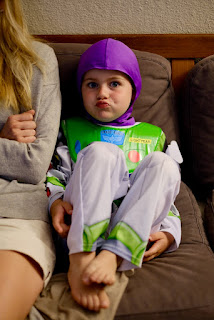 I've entered "real dad" territory: I mostly want to be left alone, but if somebody is in danger then I want to know about it and make sure they're safe, then I wish to be left alone again. I have an odd new impulse: to help only when needed. I don't mean with my boy, but other people. I'm a real dad now. It takes a villager, etc.

I had a waking dream this morning, an acquaintance had committed suicide and I was somehow talking to him after the fact. He was explaining his reasons and they all seemed valid to me. His suicide didn't even scare me into waking up. I just became bored with listening and eventually drifted into the early morning without him.

I awoke worried though, checked online to make sure nothing had happened. Even though I knew it was a dream; concern has a superstitious component to its nature. To worry is to feel something unknown. It's a form of magical ignorance. It only takes being right about somebody one time in youth to believe that worry is mystically related to one's capacity to love. So, that's what I do now: worry instead of care.

I haven't heard from him in a while. He was a smart kid, not troubled in quite the way that I was, but troubled nonetheless, afflicted with echoes. He didn't fit in, so he tried very hard, which didn't help anything. He wasn't his own worst enemy, so he had at least one friend going for him.

I liked him. He was willing to discuss anything and was very bright, desperately so.

Well, it turned out that it was just a dream. Any more details and I might give away who it is. He's as okay as he's likely ever going to be, but the news of his suicide would not surprise me much. I did dream it. Some kids develop a special super-power: the ability to recognize things in others, particularly the hidden sadness that many carry. This kid had that.

I reclined in bed yesterday after my late afternoon ride, and then the gym. I was watching something, the first few minutes of a talk show maybe, and then I fell asleep. It couldn't have been much after 6pm or so. I awoke at 1am and ate a single spoonful of ice cream then went back to sleep, awaking for the day at 4am. A tremendous night's sleep, considering I skipped my usual dose of sleep magic. Somewhere near 10 hours, broken up into two acts. This renders me invincible for the weekend, my morning erection is as a divining rod, and I a morning dowser, able to find toilets in the dark. I can tell where the well will best be dug, apparently it is towards the ceiling.

Nope, must stop the vulgarity soon. It is a national health crisis, again.

The weekend will be spent with the boy. We have plans to sleep in the tent in the living room, the one suggestion from my brother so far in life that I might be willing to try. You must remember, he specialized in tricking me. I blame him for my cynical demeanor, of course. That, and CS's encouragement for me to read Bukowski at too young of an age, 16.

Jesus, 30 years ago. By those numbers, we must have both been young once. CS says that I make far too much of age. Some truths only speak from the well of exaggeration.

That's the new truth. Trump calls it "truthful hyperbole" in The Art of the Deal, and you fucking loser pansies had better get used to the implications.

I'm not writing about politics, don't worry. I am referring to our new father's many domestic and international  business successes. We need someone that knows how to speak Kim Jong Un's truthful language of national exaggeration. It would surprise no one if Trump initiated some premature nuclear simulations against Mexico. He has his own nuclear codes. America has found its ambassador. It feels so right.

The time is Trump, the Trump is now.

There's no way that flaccid ball bag Hillary will be able to screech her way past this behemoth of success, this titan of industry, this Self-Madenstein Man. Our blue collar billionaire. He's like a Rush album listened to at 45rpm. It's orchestrated.

Hillary seems to advance the vague idea that her failure will be a failure for all women everywhere. In this, she is a sexist. Yes, you read that correctly. Hillary is both a sexist and a racist. She simply placates rather than insults, but the results are not entirely dissimilar. The Don would never tell a black audience that he brought hot sauce with him everywhere he went. I mean, that's the stuff they put on burritos.

I mean, everybody's entitled to change their stance on things, or to be a shallow and corrupt politician, but comrade Clinton really abuses the privilege. The Don doesn't even know that it is a privilege. With him, it is birthright and tactic. He's our great negotiator.

Never underestimate American fear. It feels like we're all still living in the same house, but the kids know that a divorce is coming soon and we can't decide if we're more afraid of living with an unpredictable dad or a mother that sacrificed home life for a security clearance. Both of them have a career, though in what it is becoming difficult to say. Neither of them wants custody of the kids, and both confuse the desire for power with the ability to exercise strength.

This is where we are, America. Divorced not only from our leaders, but soon choosing which siblings we will live with, and which ones must go. I realize that I am a one-vote coward, but I'll have to choose to live with mom in this scenario, since she'll be getting the alimony anyway. She really does seem to act as if the presidency should be handed to her simply as a reward for "inequality."

It's not sexism if people don't like you. It's sexism when people don't like your gender and then express that to you. She is not a stereotype of any woman that I have ever met, nor can it be prejudice based on lack of experience. We've been forced to suffer her for more than twenty years. My distaste for her, as unpleasant as it may be for some people, is based on her. It's perjudice, the feeling that somebody has lied under oath and I don't want to vote for them.

It's really too bad that liberals don't have programs to cure conservatism, the way that christians can cure the gays. It is all so confusing until you accept the simple fact that it's been demons all along that are causing this national strife. Satan is really tearing this nation a new asshole. Evangelicals overwhelmingly support Trump. No other single fact in my lifetime brings both subjects into clearer view: Evangelical Christians are neither.

Okay, I had promised only yesterday or the day before: no more political talk. Does this post even qualify as political?

America's Got Talons, the Season in Hell.