Have a Happy "Shalt Not" Century 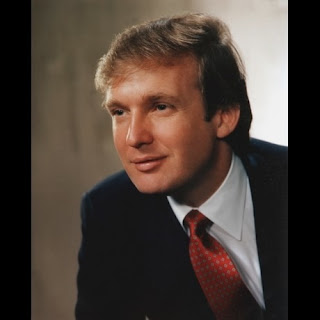 'Twas the night before Crankshaft... all threw down the House Nada-Creature was stirring Nada's hands down her blouse

Well, I was going to poke some fun at the constitutional originalists, but I don't have it in me this morning. In trying to keep conversation open between some people I have had to sometimes go undercover and pretend to not want to take their guns away.

But I do. I mean, as a liberal, I must. I need to take guns away from people, or liberalism has failed.

I see now why there's such a problem, because they want to keep their guns to stave off tyranny. Every single armed American insurrection against the government has succeeded. That's just something they won't tell you in school or on the news. It must be learned at home, under the watchful dogma of dad.

There is something so tremendously fucked up in the American spirit that it is difficult to even make fun of. After a few light warmup punches one starts to feel as if they're beating up on retarded kids. The sounds of the sobbing mixed in with the clickety-clacking of the wheelchairs takes the joy even out of the most well landed punches.

When converting gun enthusiasts to satanic liberalism I like to always address the other correspondent with Thou. It helps if I throw in a Thus sayeth every so often, and a few Shalt and Shalt nots here and there. They love this stuff, can't fucking get enough of it. Every time they write something along the lines of, "That gun didn't kill those people..." I'll follow it up with "- Leviticus 21:12" or "- Deuteronomy 24:69"

It was once my faraway dream to have another son, so that their two names could be Leviticus and Deuteronomy. When those names were shortened, for the sake of schoolyard convenience and socializing with the neighbors, they could just be called Levi and Duder.

I suppose it need not be another son to use those names, though if I had a daughter then her name would have been Helmut Wolfgang, a family name from both of my grandma's sides, a thing that I have discussed here before. Old grandmarshall Helmut would be so proud. I can see her skull smiling now in her mausoleum.

It must be tough for young frustrates in this day and age. You've watched the seemingly infinite glory of whiteness slowly crumble around your boots, and under the guidance of a negro president. I mean, who would give up their guns when the Mexicans are on the verge of voting a woman into office. Soon there will be 8 billion illegal immigrants in the world.

I was speaking with an old friend a few months back and I swear to you this is a sentence that occurred in the conversation: "Well, you know, I'm a conservative, so I don't believe in global warming."

I shit you not. It might not surprise many of you reading here, but I had never quite heard the logic simplified, and so simply. For months afterwards I was having fun inside my head with that sentence.

Well, you know, I'm a climate scientist like Joel Osteen, so I believe that Man is incapable of destroying the earth.

Well, you know, I'm a liberal, so I believe Ronald Reagan was a hologram.

Well, you know, I'm a bee keeper, so the rapture has already started for some.

You have to admit, Reagan's name does have a cool Buck Rogers-esque ring to it. I mean, Ronald McFucking Raygun. That sounds presidential to me in the 21st century. I'm pretty sure he invoked Star Wars Defense during the I ran Contraband hearings.

Jesus Christ, and I invoke that name truly this time. I have been praying in secrecy. He knows.

The phrase "gun enthusiasts" from above keeps swimming back into my mind. The image that it evokes is both astonishing and terrifying. There is an Ahab comparison to be made in there.

The hunt is real, on both sides of the political spectrum. If the word spectrum can be used any longer to describe those lunar tides. We are a nation motivated best by singular obsessions and revenge, not very different from any other aggrieved peoples. Victims never need to morally evaluate themselves.

In a nation that was divided on the issue of whether or not torture was justified, or even very useful, then I think it's safe to say that we are about three missed meals from an actual civil war reenactment. It took many studies showing that torture didn't yield positive results before we could decide on the morality of it. I mean, seriously, what fucking nation needs one to determine the other? A civilized one.

The Trump Rouge sure seems to be ushering in the new era of anti-intellectualism, though many Bernie supporters were doing what they could to keep a balance in the nation's narrative. With the Khmer Orange, you know, just a few light language reforms here and there as needed, some clarification on precisely what defines an enemy of the new state, better distinctions between nationals and non-nationals, and then one master list that contains any economic saboteurs and we should be set to start cleaning this whole mess up.

What else does a good party need?

What perplexes me is where the steadfast Christians will go now that their beloved political faction has been usurped by Trump, Inc. When one looks at the nearly symmetrical comparisons between the design aesthetics and the inner functioning of mega-churches in relation to his casinos it does not take a genius to recognize that he is ideally suited to merge his interests with that of the super-Christians, much more so than anybody has given him credit for.

"No one ever went broke underestimating the taste of the American people." - H.L. Mencken

While many republicans worry that he is tearing their party apart, I think the marketing wing of the right recognizes that with a few small tweaks he is positioned to become America's truest and perhaps best, or only, televangelist. Though with a mainly secular message, in the same way that Reagan's religion was also a private matter, one that appeals to those many Christians that don't want to have to get all gussied up to go to church. The charm of closeted Christianity must be tremendous, a real ace in the hole.

Hell, if needed, you can fight the evils of liberalism from your couch or in your underwear, or even with a beer, as long as you still got your god-sanctioned guns and checkbook ready. C'mon zealots!!!... Down with fancy Christianity. Orange is the new orange.


This straight shooter's really stirring the base, man.