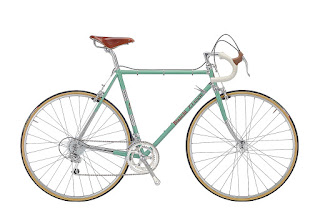 I've been looking at new bikes, such is my sickness for the healing salve of capitalism. There are two Bianchi bikes that have caught my eye at the local bike shop, Wine Country Cycle. The western world is losing its grip on civility, so why shouldn't I own an Italian bicycle. Nobody ever knows when drinking Italian coffee will become another myth of history.

Now, the bike pictured above has a similar "classic" design aesthetic to my Fuji cameras, the likenesses of which are shown below and then further below. It is a mainly retro appeal. So, I'm edging closer and closer to becoming a true tech-hipster, from somewhere near Williamsburg and now currently based in the Bay Area. A person worthy of ridicule. How else am I to adequately project that I am part of the "creative class" and that my tastes are foreign enough as to be almost exotic, yet only insomuch as the things that I want are expensive. Anybody can buy their way in.

To possess the bike that I want I already have everything that I need, except the money.

I won't buy the bike above. It is too expensive. I would spend that same imaginary money on a new mountain bike before the one that I really want. But I might buy a much cheaper version of that bike, and be partially happy about it. I have established what is known as a pattern in this regard. There is a version that costs about 1/5th as does the one shown above. It's a different color, and heavier, with standard components, and the brake cables wrapped beneath the handlebar tape, along with a few other things that I would change. But, it's in my price range.

It's time to buy the boy a new bike, though. We went to the public playground yesterday, rode around the skate park on our bikes. We were the only ones there, not realizing until we were leaving that there was a sign on the gate that said No Bikes. I am really teaching the boy how to live now. BIY: Break It Yourself...

As for riding, he is improving by the moment, quite literally. He's still using his Thomas-The-Train bike as a balance bike, but the pedals will go back on soon and he'll be up and in business. Free as a child.

Now, I know that teaching a child to ride a bike is a significant and memorable event in their life. Or rather, it is quite memorable to the parent, symbolic of the eventual departure from the nest, significant for what the suggestion of that means. But to hear the squeals of joy coming from the boy as we were riding up and down the contoured hills together, and the pleas for us to circle around to "do it again, do it again!!!" were as infectious as a sound has ever been, available as an instant. Participation being the only price of admission.

The other stuff fades away. I am left wanting that life of charms and joys.

The simplified way that it was when retro was not yet retro. 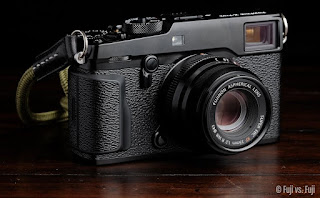 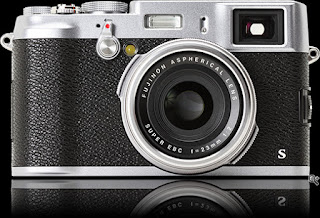