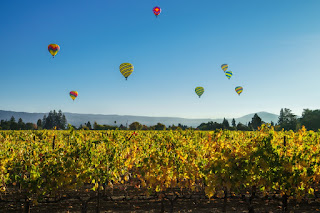 (An uncredited picture that I did not take)

Writing is difficult when you have something on your mind. Most days I can not write about what is nearly occupying me. It is clumsy to try, best just to take pictures and write around things, circle a theme to avoid hitting it head on, speed the wagon wheel rotation around it until everything flies away in scattered pieces. Some days this works, others not as well, particularly with an uninvited demon riding the basket of the hot air balloon of my mind, climbing up the cables towards the fruit.

Morning, a few weeks ago, on returning from having spent the night in the city. It had been a night of drinking, then there was the refusal to drive home that night, so I slept on a couch, I think. I awoke in  pre-dusk and drove the highway back up into the valley like a snake into Eve, watching the reverse commuter traffic accumulate as cholesterol in a vein - little colored platelets, plaque, and fats lining up to get their chance to stop the heart, and they will.  I, alone riding an open artery out of town, laughing at my luck, though that is not what this story is about.

It is not even a story. It is an interstate freeway of hackneyed analogies.

When I entered what I consider the beginning of Sonoma the highway has a long stretch where the valley can be seen open, clearly, and flat for quite a distance, to the mountain line rising in the east that separates Sonoma from Napa, the Mayacamas. Along with the rising sun there were eight or ten hot air balloons also rising in the morning light while the air was still cool enough to make such a venture possible. Mornings are buoyant, as evenings are effervescent.

Seeing such a thing while heading in to a day of work at home reminds one of the experiences lost or never attempted. All of the things that can be done in a life. I thirsted for champagne, to feel the breezes rising off of the bay, to rise in a basket as the sun. I would have asked somebody to marry me if I hadn't been alone.

There's a joke in the picture credit, one just barely holding on there.