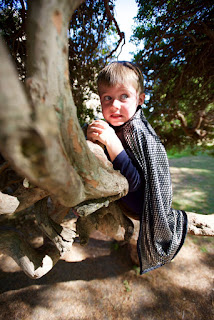 Had I been an enormous Bernie fan then I'd be getting pretty fucking pissed right about now. I've heard the arguments for why anyone with sensibilities should be voting for Hillary - to keep Trump out - but finding that the DNC crafted the nomination to be Hillary's, actively seeking to keep Sanders removed from the democratic process, depriving his supporters of what may have rightfully been theirs.... I mean, is nothing sacred in America any more.

The democrats weren't playing by the rules.... Who would have ever guessed. They've spent so much time reminding us how noble they are. We've all known about democratic moral superiority for some time now, but to actively remove the choice that the people have made only because those people simply can't see that Hillary will be good for them... Great for them.

Well, that would just be wrong. It's not the peaceful transference of power, it's just substitution term at tyrant ranch - changing of the guards at the ol' despocratic party.

None of the people that I have seen debate so far deserve to be the president. Neither of the two major political parties deserve to be involved in the process at all. This country is within striking range of putting all of our politicians in jail and there being a full scale revolution of some kind. The only problem is that the revolution will be warped by the civil war that will result from those otherwise good intentions.

Okay, why can't I just keep a promise to myself. Is a conversation still political if it's about a crime that has been committed, or is that simply the prerequisite to any discussion of politics. There really should be a private prison for politicians. Debbie Wasserman Shultz should be tried as a traitor, and any president that was helped in his election by her actions should not be allowed to pardon her.

Though, had she been more involved in the 2000 election I might look the other way.

The Clintons are to blame for Bush. People act as if it's a mystery why Al Gore won't endorse Hillary.  It's not, at all. Gore was hobbled by Bill to help pave the way for Hillary. Bill Clinton is partially to blame for the second Bush presidency and everything that resulted from it, including its logical result: Trump. They thought that they would get Hillary in after 4 or 8 years, but Obama fucked that up for them. Now, this seven-headed ten-horned Revelations-era sea monster is what we are told that we must vote for to defeat the very monster that they helped create.

Why can't I stop writing about politics.

I have become an old man, screaming at inadequacies and perceived corruptions. When Trump wins we will have democracy to thank for it. Nobody will be able to claim that he didn't take the popular vote.

Okay, so I rode my brand new bike up the side of a mountain yesterday, somehow the rear derailleur guard cracked and fell off, rendering the bike useless. I had to walk home with greasy hands, having tried to ride with the chain on for a bit, which was useless. I might have even broken the part accidentally by allowing the chain to pop off so many times, but something was wrong with it before all that happened. It wasn't changing gears properly, or cleanly. There was audible friction between the mechanism and the chain on most gear changes, though every now and then it would shift cleanly and smoothly.

It was in need of an adjustment, no question about it.

Well, it's all fixed now. The shop replaced the part. I had first wanted to return the bike, but they convinced me that it is just a component, the very argument I had used to be so pro-bike earlier this weekend. I was trapped by my own desire to describe. My reasoning had pinned me. I tapped out.

I will ride it again today and see how I feel. I have a week to return it, though I am hopeful that it was just a bad setup and an unlucky mishap with a valuable component.

The bike is still beautiful, and I'm happy with my choice.

Here I am in my au naturel riding gear, old gym clothes: 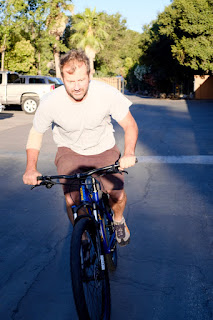 (Helmets are for pussies)