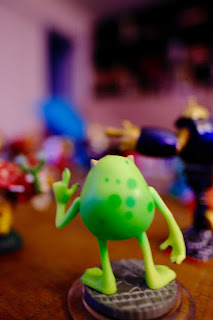 Ooops. I've never done very well at being my own copy editor. Yesterday, I took the time out to look up and determine that the word "enervate" meant the opposite of how I was using it, as I suspected, but then I forgot to change it. It's sloppy writing, riddled with poor or unused research. It is a travesty of paucities. A child could be enervated by the activity I had described, though it's not what I had intended. It betrays the paragraph. Don't worry or weep, I have changed it.

Cato used to find typos and much needed corrections in my posts, but he has abandoned that to further pursue his heterosexuality. I had to rely on CS to text me an early morning correction. Oddly, he used to be my science teacher, so it's a bit embarrassing. I felt as if I had turned in a first draft as a finished paper. I would launch into a few stories from some thirty years ago now, but I would not wish to betray his undercover-ness. His anonymity means a lot to him. It's one of the many things that allows him to drink so much. He is protein in this regard.

It occurred to me that if alcohol were a pill then nobody would take it. The effects of alcohol are not all that great. The process, or ritual, is what people seem to attach to most. The feeling itself is only good for about 30-60 minutes, particularly if you stop drinking after a few. The rest slowly becomes a form of liquid misery. You get to witness first-hand the enervating of the mind and body, etc.

Well, I'm not going to dungaree the good name of alcohol today. I meant: denigrate. Fuck. I don't want to besmirch this post up.

I couldn't think of a word that sounded like besmirch. That might have been funny if I had. Is there a word that sounds like besmirch? It's a loner in the lexicon. I need a Mike Tyson app. for Blogger. If I start to use a word in a sentence whose meaning might be questionable then it just replaces that word with something ludicrous, unexpected, or counter-intuitive. A sort of Auto-Mad-Libs for fans of rapist Mike Tyson.

I guess one need not be a fan of his to use the app. Fanhood alone, or lack of, should not preclude anyone from purchasing. I mean, it should not be prevalent. Or, a peach impediment. You might just find it funny to laugh at the hopeful articulation of a convicted rapist. There are many. I suppose we could have offshoot apps for other rapists, like Brock Turner, or the alleged sexualizer, Bill Cosby.

Fuck, how did rape and rapism pry its way back between the legs of my blog. It is parnassus, this perniciousness. Well, let's not linger on the subject for long. That is how the devil does his bidding, through contemplation while sitting naked on the toilet.

It is interesting that rape is not covered in the bible's stone bill of rights. The answer to this moral dilemma is actually quite chiseled. Rape is a crime against the head of the household, in biblical terms. So, every woman raped before the 20th century should acknowledge that it was a crime against a man above her - her familial patron if you will - which takes some wind out of the sails of the angry feminists who cry rape-history, rape history...!!! Or at least it should, if they knew how to adequately pay attention when men were making religions. Also, no woman raped before the 20th century is now still alive. So, statute of limitations and all of that.

It must really be something for thoughts of rape to go through a Christian's mind. The sudden gravity of being tempted by the ol' Devil hisself, and all of that. I mean, some of them must fight off the bedeviled temptation to rape through prayer. I mean that they do their moral fighting by praying, not that they rape through prayer. That sentence was misleading. They must go inside of themselves and do battle against rape with the devil, invoking the help and strength of their lord and savior.

I think it might be useful to have a national registry of such people, the ones who believe that an effective antidote to rape is prayer. I mean, it makes perfect sense. Let's just have a list of those that struggle with, and somehow resolve, that temptation with that practice alone. If they happen to own guns they should be exempt from this list, of course.

Well, that is the introduction that I wrote for today's post. The rest has been sent off for fact checking.

My Old Teslament crew, "The Leviticus Lions," are looking into semantics, and some syntax. 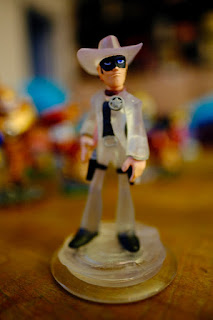