The innocent and the damned 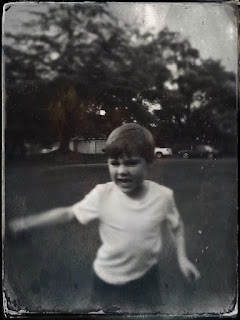 I've written myself into a corner, again. I can't put in writing the things that are most on my mind. Whatever value there had been to outward honesty seems to have outlived its usefulness, or perhaps I had only been abusing the privilege. Some internal mechanism has safeguarded what little bit remains.

No. It's only an assumption that there is such a thing as honesty. Like other qualities it is untouchable, kept nebulous, barely a reliable sense, barely shared. Honesty is a flexible approximation, based as much on the faith of what is being said as the one saying it. People like to hear what they like to hear, from the people they like to hear it from. Everyone has a fantasy relationship with themselves that they insist upon to others.

When caught muttering to myself someone will invariably say, Who you talking to?

Oh, I'm just working on the script for my little daytime soap opera.

I've learned something again - I wish that I hadn't. There is barely a modest relationship between the idea of outward honesty and the appearance of inward honesty. Some people have one, some both, others bounce between, some are incapable of a semblance of either. A few seem only competent at one, which renders the other nearly meaningless, or worse: dangerous. It seems related to a person's sense of worth, though I am perhaps using too small of a sample group, a mixture of the calculating and expedient.

It has taken me a handful of decades to recognize that some people value their capacity for honesty, others feign it to gain an imaginary sense of control over an imagined situation - as dishonest an act as there ever was - proving ideas to themselves through a policy of duplicity. You can test it easily enough, though results are ignored by the willing. Faith in one thing is the denial of another.

The trick of it all seems to be that so few people are able to recognize that they are first lying to themselves. Everything that follows is a result of that fabrication drifting above the garden of self. There is little difference between the inner voice of persuasion and that of admission, that ghost of utterances that floats behind the echo of the eyes.

Withholding intentions becomes a pastime for the corrupt of heart. 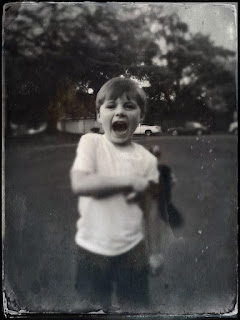 There seem to be two types of people in the world: the decent and the indecent. It's unfortunate that there isn't an easier way to tell them apart, or to detect when they are being one or the other. The eyes make a poor window for looking in when they dart, and avert.

Change is happening. No idea what it means, but I have grown tired again of things as they were, and are. A person just gets so tired of things, even of the recent.

It is subtle, informed by that sometimes unexpected inner voice, unmistakable when it speaks, even when it is later ignored. The mind starts saying different things. Sentences become more clear - less hedging, less waffling. The word "never" starts to insert itself in the monologue. A phantom word that, once heard, can not easily be forgotten. Never haunts the thoughts closest to it. 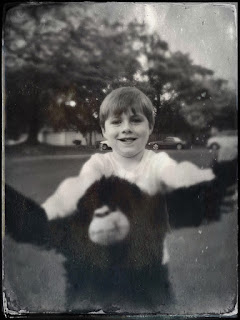 Love is antique, a charmed curiosity for one who collects.