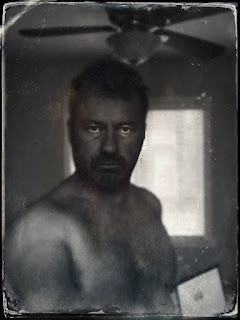 CS told me that I "make too much of age." Yesterday's post was an indulgence, of course, and I wrote as much in the piece saying so. Though age was there mostly as a pretext, so that I could then insert the subtext of having lost weight. Yes, it was about weight more than age. I simply didn't know how to adequately start writing about myself, so I used a subject as a type of obfuscation, a subterfuge. Or, is it a centrifuge? It could have happened to anybody. I make far too much of masturbation also, but nobody's willing to challenge me on that. I'm like the Karate Kid.

You want to know what seems like total bullshit, to me. I get harassed by LinkedIn through email perpetually, encouraging me to "Congratulate somebody for something!" Every now and then I will congratulate the person, finding some warmth in my normally cold and callous heart. But then, I moved to a new title at my current place of employment. So, I updated my LinkledIn profile.

I'd like to claim that I'm not a little bit pissed off about it, but it doesn't make any sense. Why do I get barraged with these emails, and why doesn't anybody care that I have a new job title.... Oh well... Perhaps I will not find the love that I am looking for on LinkedIn. 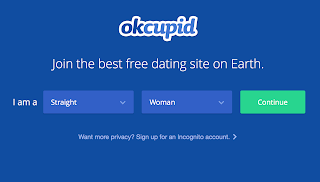 America is so angry about gender issues, partially because OkCuckold just makes it way too easy to choose.

What follows below is an opt-in portion of this post. It is not required reading.

There are those that will always feel unquestioningly justified in what they do, no matter what consequences might result, no matter whose lives are destroyed. All to advance some ideological position, or to make some ideological statement, or perhaps just as a semblance of upholding the law. I have never been known to care for cops very much, and I have my reasons, but if the anger for what seems like the killing of innocent black guys results in the killing of innocent cops then one must question more than just color to arrive at an understanding.

If you believe that cops can not be counted as being among the innocent, this post is not for you. As I said, I have my problems with them also, but not like that.

I am reluctant to claim that what happened in Dallas last night could have been predicted, but it probably could have been and probably should have been, and perhaps it was. I could have told you that there are some who will eventually convert the cause to a more orchestrated and militant response, some who will become emboldened by what happened last night. It's easy to blame Obama, of course, or the #BlackLivesMatter group, or just African-Americans in general, as we already have been told that they've brought all of their problems upon themselves. Ask one half of the nation and they will be happy to tell you. But when five cops get killed at a rally to raise awareness of race relations between the police and black communities, you can guess who will lose.

Discussing race in this country has never worked. No matter what ever gets said, there is always another color to the story. In a nation that willingly and routinely ignores the issue of child slavery to eat conscience-free chocolate then you can pretty much assume that they will mainly look the other way when cops kill black guys. It must be unpleasant for them to have to scroll past all of that nastiness in their news feeds, chocolate smearing the glass, only taking time out to post a complaint about having to use their thumb or forefinger to finally move on.

Nobody likes to be accused of something they did not do, or for a crime they can not see.