Tinder is the Night 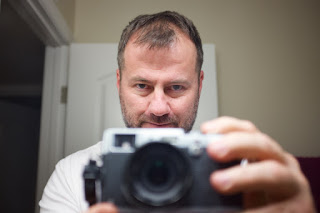 Well, my RAID I system doesn't work as well as I had hoped that it would. It's an indexing problem. The library is too large and I'm not able to effectively use iTunes' indexing system remotely. I can share the library to my computer but I don't really need that. The server is already redundant. Oh well, I can still access my files anywhere that I am, I just need to know how to navigate to the files in question as the search function is nearly useless. I should have known, really. The tech-support guy at Synology discouraged me from indexing, telling me that it occupies too many resources for the result that you get, and that it must be running in the background all of the time.

Those tech guys usually know what they're talking about.

I own my first ever Android product now, a Samsung Galaxy 4 tablet. It seems clunky when compared to the Apple OS. I had always heard how superior it was in that regard. Ah well, there's at least one argument for confirmation bias, or against. Perhaps it only needs more of my attention to become less awkward. That's it, I'm sure. It is nice having some new gadget that cost me nothing.

Well, I chose to stay with AT&T as a mobile carrier, so they gave it to me as a reward. No new contract, just love from a company that clearly enjoys taking monthly money off me. It'll help with the boy on long car trips. I jacked it up with a 64GB mini-SD card so we can go crazy downloading content onto it. I get to re-buy all the things I've already bought twice and lost half once.

I do not believe that I will ever get married again. I have learned to better trust my own initial judgement as a sort of pre-defense, divorce-prevention mechanism. I am listening to that little voice that says "Oh, don't do that. Just, no." So far it has only kept me from meeting a woman for coffee. I'm sure there are greater mistakes that this method is waiting to save me from, out there somewhere watching me, a fumbling single parent of one.

Women find divorcée fathers in particular need of their saving. The more together they seem then the more attractive they become and in need of a very specific saving: theirs.

No matter how well things are going with a woman, any woman, I'm going to set an iCal event to remind me to break up with her after 90 days. No questions asked, no answers given. Everything starts to fall apart entering the fourth month. Any signs of failure before that only light the threads of arriving future doom, giving ghostly pattern to the returning of a spidery apparition. 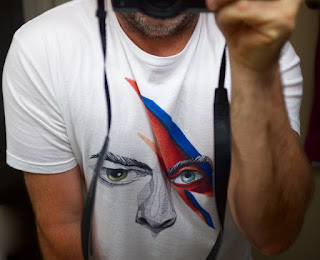