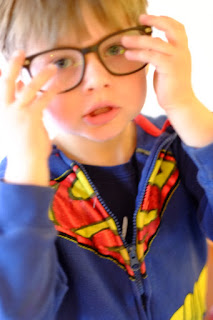 My glasses. My newest pair, with the frames and the special coating. Vanished. I only remember not having them. It happened suddenly. I was leaving the gym and felt their absence. Back at the gym, hours later, nothing. Who knows.

Once, I helped an older woman. She was the wife of a man who was in prison and would be until his death, which wasn't far off, nor was hers. She had a medical condition. They tried to sue, they lost. He shot the lawyer dead.

I was helping the wife clean out her house of much of his stuff. Our activity had a strong sense of permanence about it, as expected. She didn't seem at all surprised by her predicament, though. She spoke about the acts and present condition of her husband with a characteristic disinterestedness. It was privately fascinating.

He had been a WWII veteran and had a cache of uniforms and memorabilia, much of which was inherited by me because I showed a mild interest. The young girl that brought me there was my second or third girlfriend. It was her aunt somebody. She made me a sandwich and a glass of lemonade.

I hauled most of his stuff to the dump.