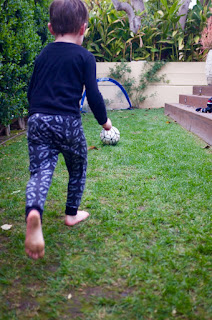 Okay, I get it, my cooking show might not launch. I received almost as little interest in my roast chicken yesterday as my mention of gay sex seemed to generate… my readers stayed away in droves. To regain my audience I might have to cook my way out of the closet. Maybe I should toggle the switch on this site to "contains adult material," a phrase which sounds like a politically corrected term for the output of a urinary tract episode.

With the help of CS I am slowly learning how to navigate the world of millennials, and social media. He sends me articles that I find quite humorous, mostly written by people my age. They outline the problem with millennials, sort of. There is a sense of bemused exasperation in most of what I read. They just doesn't understand.

Middle age is an odd place to be, like Middle Earth but with far too many hobbits. Looking at things from this vantage point, everything becomes eldritch, like coming down from a lifelong psychedelic, sort of. Issues of time and space, and ultimately the echoes of mortality, return with increasing severity. I question whether I took life "seriously" enough, though I know better than to answer that question, or to try.

I now remember what my father was like when I was a kid, and why I didn't like him. His life fears and observations were informing everything he had to say to me. I was a whimsical kid, some say too much, but I had an idea of what I didn't want out of life. He would try to impress upon me through iteration and reiteration that I would "spend life digging ditches" if I didn't get an education or find a vocation. His singularly dystopian vision of my future was not filled with baboons and periwinkles, but was instead inhabited with foremen and shovels, long days of bologna sandwiches with no mayonnaise.

Now, here I am at mid life, looking at a four year old boy and finding myself wanting to fill his head with future financial fears. Well, sort of. I wish to impress concepts like compound interest upon him.

To wit, he really loves Buzz Lightyear. They are great buddies who have traveled the galaxy together and I derive a fair amount of pleasure from repeating the character's catch-phrases with him.

Not today, Zurg! To infinity, and beyond! Etc., etc.

He has had a Buzz action figure for some time now, and it looks as if a four year old has cared for it. One arm fell off, he lost a foot some time back, drowned in a vat of unrelated toys and toy parts. His semi-retractable half-dome helmet is clear plastic, or was. It is now covered in the telling scratches that confirm his many adventures.

So, we went into the little city up the valley and to the mall. Yes, The Mall. The boy has no acquired disdain for such places and I can stomach them as long as I'm able to buy him things to make him happy. Easy enough. A few minutes later, we were walking out of the Disney store (see, I told you that I was gay and nobody listened) where we had purchased some Darth Vader pajamas and a new Buzz Lightyear.

No sooner had we freed him from his interplanetary cardboard spaceship did the boy grab both of them and fly them into one another, head-first, creating the plastic-on-plastic sound of collision pre-associated with normal play. Without being able to stop myself I launched into an abbreviated version of how to care for things so that they might last.

I wasn't even able to finish the speech, nor would it have mattered. I realized I was trying to convince a four year old boy that Buzz Lightyear is temporal and fallible. Like all other things in life, one day he too, the mighty Buzz Lightyear, will fail. If there had been a mirror in the living room then I'm convinced that I would have looked into it and seen the eyes of my father, as played by the portrait of Dorian Gray. Few things are as soul corrupting as the recognition of caution and fear in your behavior towards a child playing as children do, innocently and exactly as we would want them to be.

I'll spend my later years reminding him to hold on to his youthful vigor and I hope he reminds me about my Buzz Lightyear safety tips. I was tempted to smash both Buzz's together in mock triumph and celebration, to regain the boy's trust, though this action somehow did not adequately convey my message either. There are some truths that are simply not transferable. They are discoverable, appearing only in time, for some. My truth was that I am becoming a dad: protective and loving, concerned though unprepared, correcting yet unsure of my own definitions of the concept, trapped somewhere between being a child myself and actively trying to teach one how to no longer be one.

Jesus Christ. What the fuck is wrong with me? The boy just woke up. I took a few minutes out of my morning and tried to explain all of this to him, it being so fresh and clear in my mind.

He looked at me in a child's exasperation and asked if he can watch "Lego Ninjas" now.

Sure. Lego Ninjas it is. Just let me make some more coffee.