The wonders of Wonder 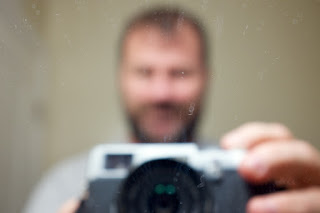 I did something that I rarely do, for reasons. I went through my blog posts, reading backwards in time. Several things jumped out at me, monsters being among them, but most of all the near complete incomprehensibility of my writing was what was noticeable. I suspect that I have successfully merged a nervous-breakdown with a mid-life crisis. Somehow, the two competing internal doomsdays are both sliding into home plate. My breakdown hit a ground single just past the infield, one that might have pushed the mid-life runner at second-base into home, but then inexplicably the breakdown turned around when it was almost at the first-base bag and darted back towards home. Separation anxiety, perhaps. My high strings must have pre-felt too alone way out there on first base, away from home.

Do you see what I mean? That paragraph has very little to do with itself. It starts one way and ends on a baseball metaphor that has no precedent. There are pages and pages of gibberish almost just like that.

What happened? I used to be able to write, I think. I feel as if I did.

There is a sexual neuroses in too much of what I have written in the past few weeks. It might be troubling if I didn't find it vaguely amusing.

I asked a friend yesterday if she believes that she has ever formed a healthy sexual relationship and her response was immediate: Yes, with myself.

She went on to describe that she has no qualms whatsoever with what goes on in her own mind. It is only when she shares them that the trouble starts.

I could hardly believe what I was hearing, what seemed like the truth. It was an unexpected, though not entirely unsurprising, revelation.

I confided to her that I have often wondered what Wonder Woman's panties smell like.

She was less than awed by my wonder.