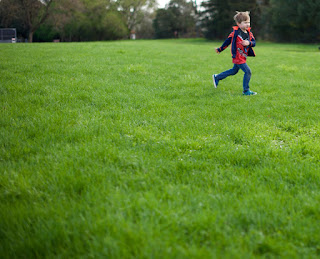 Things are not looking good for the weekend trip to LA. El Niño is castings its curses along the western coast. I must decide later today if it will be worth it to be stuck in the car in the rain for two days this weekend with a four year old boy.

I tried calling AAA, because I thought that my hundred or so dollars a year included services like travel advisories. They just kept passing me from salesperson to salesperson. They seemed confused that I didn't want hotel discounts or life insurance. Finally, I asked if they had a service department at all. Nobody really knew what I was talking about. They asked if I needed roadside assistance, and I said No, that I need actual road assistance. I would like to travel, by car, to another place.

I wonder what the fuck they do with all that money. I reminded them that the word "Automobile" was part of their name. They asked if I had tried weather.com. I told them that I might have a drinking problem and they said that was AA, a different organization. I told them that I was powerless over automobiles. I asked them if that difference, a missing letter, should mean anything at all to me since they seem incapable of helping me with either.

I asked them if drinking and driving was really as wrong as everybody acts like it is.

AT&T should just buy AAA. They have the same management and support ethos. I'm convinced that some businesses only intentions are to sneak monthly or yearly charges onto your credit cards for having provided no services whatsoever. Just examine your monthly cell bill one time. It must be an effective strategy. Just understaff your support team so that it becomes easier for the customer to pay the bill than to dispute it, or even find out what the charge is.

Sure, you might find a few retirees who are willing to spend half a day getting a $4 charge off of their bill, but that is easily counter-balanced by all the money you're saving by having a circular phone tree and only one support rep. Ah well, soon enough Google's new car will be making all of these decisions for me.

I wonder if is will be a requirement to have a passenger in a Google car. That way you could just buy one or two of them, set them up as Uber drivers and then sit back and let the money roll in, until everybody else figures out the same thing that you have. Then, it'll be like growing pot in Colorado, what once seemed so lucrative now dissipates in a saturated market where competition is not so much meaningless, but instead far too meaningful. It's like growing trees in the forest. Silly.

One must wonder at how many carfuls of pot are making their way out of Colorado. Certainly the Nevada and Utah Highway Patrol have thermal sensors designed to detect such a thing. If not, then I just found a perfect use for my first Google car. I wonder if the onboard storage devices in the Google cars will have AES 256 bit encryption and a pass lock.  Maybe there will be an iPhone app that allows me to conduct the entire operation.

Or, the entire package can just be brought on a train as luggage. Trains are still the transportation choice of the experts in America. They are not checked for anything at all - dead hookers, bulk drug runs, midget smuggling, jihadist terror cells, anything really, even just for transportation, when you don't feel like flying and you happen to have a body in a trunk.

Have I mentioned here that pot, in some "butter" form, has been helping me sleep? Well, it has. I just dissolve about half a normal dose into hot water with some tea. It takes about an hour to feel the effects, though if I let that window pass then I am spiraling into the dark world of second-questioning and self-doubts, but if I hit that window perfectly then I drift right off to sleep and end up sleeping anywhere from one to two hours longer each night. I wake up feeling a little bit drowsy, but pleasantly so. Most of all, I feel rested, more well rested than I have felt in a very long time.

I feel pretty good. Sometimes I even take a Cialis before I fall asleep at night so I wake up feeling young again.

Well, that is my update for the day, my plan to create a team of automated automobile drug mules to cross Nevada and Utah with the help of Apple and Google has me searching for my patent applications again.

Necessity is the Motherhood of Apprehension.