I Am the Morning 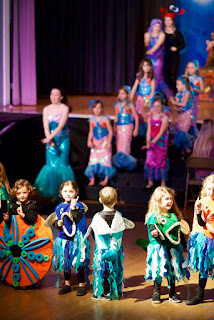 A businessman with no political career to fall back on, or to protect, takes the Republican party by land, by sea, and by air. Trump will choose someone far less preferable than him for VP, though that fact won't be so clear until it is all over, locking himself in as an implacable Executive.

I'm more worried about Apple, though, for now. Ever since I "fixed" my unbroken iPhone and got rid of all of the unwanted iTunes download history from my Music index it keeps requesting that I re-attach my iTunes account by logging in. As far as I can tell there is no way to disable this. So, much like the forced OS updates, now I have this to contend with also. Apparently, I am not allowed to use the device as it is advertised, as a means to play the music that I want to listen to. For that, I must scroll through my purchase history. Things that include the theme songs to Welcome Back, Kotter, Hawaii Five-O, and Rocky. Then some that are much less funny: Anne Murray's "You Needed Me."

The nightmares never cease, they only become more brief and frequent.

To wit, I went to purchase some food stuff at the locally owned, recently sold to a larger corporation, food store here in town, Sonoma Market. I wanted to buy some nicer cuts of meat for a chicken roast, a beef stew, a spaghetti bolognese, and pork breakfast accoutrements. While there, I browsed the aisles and saw what looked like some high end pasta. I bought two boxes at $8 each. For pasta. When I went to use one of them last night I realized that it was gluten-free. It tasted okay, but it left some residue in my pot, some gluten replacement gunk. I don't mind people making their own dietary choices, but now they've come after me….

Lastly on the agenda, I forgot about DST last night and was timing my evening with the boy around the clocks in the kitchen. Big mistake. It felt later, but something was off. I kept the boy busy with coloring in his new Batman book and putting together a bookshelf for his room. When I finally realized what I had been doing it was already 8:15pm, well past the time that he should already be in bed and trying to sleep. So, we did a quick rush job on brushing our teeth and then read one book of poems before bed.

This morning, he awoke an hour and fifteen minutes late. I rushed to get everything prepared for his day, with little success. He was late to school and slightly underfed. He had no jacket here, so there was a stop by Mom's house also. I arrived at his daycare about 40 minutes late, to the disappointment of the henchpersons that run the place. They rule with an Iron Elmo.

Okay, I guess there is one last life-update from the files of the Q6 weekend. I did take my bigger camera to the performance on Sunday, having already experienced the production in its raw, most essential form, I questioned whether or not I would get much out of it on a second viewing, so I was the annoying dad with a huge camera and lens at a child's musical play, an offspring-opera, if you will.

He is so fascinated with the performance that he stands there the entire time with his back to the audience, watching the spectacle behind him. He was, perhaps too young to be involved in this, though I suspect no harm was done by it. The opposite, in fact. He did have the classic actor's meltdown in the car with Mommy after it was over, but that is all part of the stresses and many strains of performance art.

He wanted to know where his flowers were. 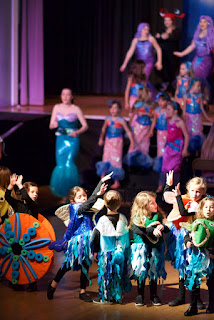 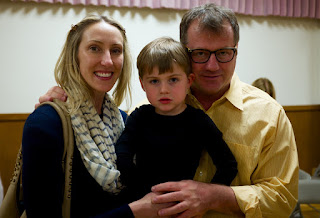 (A Family, as scene from a distance)