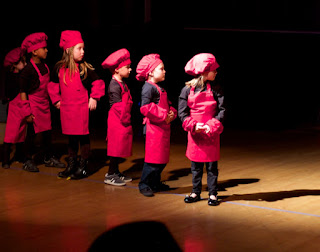 Okay, so I wasn't that dad that brought a dslr and a telephoto lens to the performance. Nor did I set up a tripod and stereo mics, but I did bring a little Fuji X100S that has a video feature, which was cute. I took a couple still-shots that came out, where I could at least crop them as proof that the event had happened.

I'm going to another performance this afternoon, so perhaps I will bring the bigger camera, give myself something to do, etc. Not that the principal characters didn't do a good job with their performances. They did. The thing was a lot of fun to watch, though I do not know if repeated viewings will improve the experience much. I guess that's not why I'm there, it is to be entertained and I was.

I have recently discovered that a lifelong friend of mine and I share the same mantra: Shut-up, Sean… Shut up, Sean...

The organization that puts these plays on must make a goldmine in cash, yet there is still a massive opportunity that they have missed. They could be recording these performances and selling them. They're already overcharging for everything else, so why not?

I mean, $25 for the entire recording of a once in a lifetime performance. I mean, even psychics charge that much. Why not?

I wasn't going to bring a camera at all, but then Cato told me a story about a recent trip that he made, back home to NYC. His father had compiled a collection of images and video from when he was growing up, and how touched he was by the content and effort. So, then I felt like a bit of an idiot for even considering not shooting some sort of image.

Think of it, in this new world the question might be, Why didn't my parents take or post enough pictures of me? I never questioned how much film wasn't spent on me when I was growing up. I only took note of the images that were there, piecing together in my mind a sort of patchwork fantasy history of what really happened. That, mixed with my mother's recollections and persuasions and I had constructed a fairly dismal view of my father, one that remained almost until his death. Such is Mommy-Power. Divorce is tough on families, particularly if you're raised Catholic. You never get one.

I forgot that it was Daylight Saving Time so I called to video-chat with the boy about 30 minutes before they were ready to wake up, having forgotten about the change and only thinking that perhaps I slept in. But no, instead I called the ex and the boy long before they had woken up. Ooops. Ah well, I'm okay with them each losing a little sleep for science.

Facts are fun, and the posting of results from fact-checking sites has become the new contrarian discourse to emerge from the meta-generation. The people have spoken, and they all disagree, most of all on the facts. Envisage my stupefaction when I discovered that Donald Trump has said a thing or two that actually correlates with reality, though admittedly it was only when he wanted to take down another candidate. Ted Cruz is not liked by anybody. He doesn't have the support of a single US senator. People talk about how politically ineffectual Bernie Sanders would be… Well, I think that I may have already said that, anyway, or written it, or implied it, or I should have.

Well, a new day emerged before those that survived the night, the day ahead emerging faster than usual; there are eggs to be made, toast, a fruit juice or smoothy, maybe even some sausage; the rain arrives, moving from the heavens above, proof that even there nothing remains still for very long. 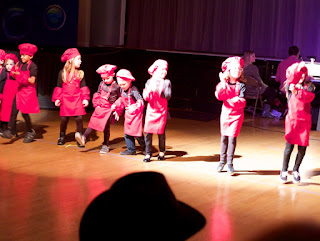