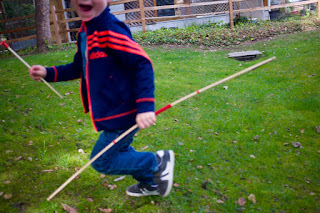 A clean weekend ahead of me, or rather, a weekend cleaning. I had hoped that the weather would turn towards something better, but no, it is gray and overcast, colder than what I care for. A perfect day for the gym, though the gym does not take all day. Tonight, the boy is part of a theatrical production, his first. The Little Mermaid. So, there will be that to attend. Everyone has asked me if I'm going to take pictures or video when I mention it. Probably not. I just hope I remember to bring my glasses. Today is a good day for cooking, though there are no guests.

I would ride my bike, but a part of me still wishes to live.

It can be a problem, which often results in other problems. The efforts spent trying to "get to know oneself" can be problematic for the deeply religious and irreligious. There is a yoga class at 11:45 this morning. There really should be yoga for agnostics, where the focus is only on the quieting meditative and self-reflexive aspects of the exercises. The two systems of belief do not seem as if they require an announced incompatibility, though I'll admit that something about the idea feels wrong. It was my experience with the nature of faith that led me to atheism, so why not? Perhaps I had a poor instructor, my own inner voice. Or, perhaps that voice suspended in the unlit sphere is the only voice in the universe.

It would be nice to still believe that there are invisible forces fighting for my attention. I mean, ones with cool names. It's like super-heroes and super-villains, but for adults. If I could close my eyes and fend off Satan with an assured invocation then you can believe that I would.

This is not what I want to write about. Perhaps I will feel differently after the gym.

Be back in an hour, Mom.

Nope, I fiddled around and I'm back. It's only been 10 minutes.

I've been looking at new computers. I want one. I don't need one, at all, but that doesn't suppress the urges. I have been conducting an internal war with Apple for the last few months. I have come to hate them as a company. They completely abandoned the user experience in their products. The user has become the product that they are consuming. You can hardly touch the fucking phone any longer without them changing one of your settings to use their service or to buy something. It's like a commercial that can make phone calls.

I spent nearly an hour last night just trying to get the Music app on my phone to not show me my entire iTunes download history. It wasn't actually in the phone, it was only there to clog up my ability to scroll through the music that I actually did want on the thing. All of the recommendations online did not work, and once I started trying to create a community-question on their forums about it they planted a cookie in my browser so that I could not get back to just browsing their forums. They had me in their grips and they were chewing away. I thought that they had re-written my host file, but it was just a cookie. I found it and vanquished it. I can still do that.

It makes me laugh now when people refer to Microsoft as a monopoly that the government had to break apart. Apple will be next. Governments do not like to compete with their subjects.

Well, it is time for me to sweat. I'm going to find my C & C Music Factory cassette and put some batteries in the Walkman and go do some Jazzercise. The impending change of Daylight Saving Time has me living anachronistically, while it lasts.

It sounds, when read properly, as if Daylight is saving Time tomorrow. I picture Time in some sort of trouble, floating in the nothingness of space, being dragged by the demons of darkness in helpless and lost circles, until Daylight comes to the rescue… bringing Light to Time and trouncing Darkness by surprise. The arrows of Light puncturing the endless veil of the Abysm.

See. Pray quietly for me.

Even a nullifidian needs some Love. 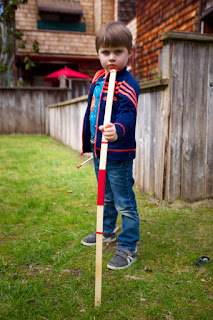