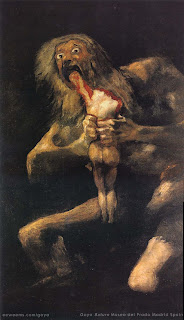 I was scolded for too much camera talk here. Take it to the camera forums! pleaded some. Others responded in silence, almost too much, and suspiciously so. This makes me surmise that they harbor a perverse curiosity about my new camera. They covet its preciousness.

I'll keep an eye on that, and them. Or, maybe an ear... as it is their silence that is most perplexing, baffling even, also that I do not yet know who they are.

This mystery expands with the senses.


My new Lodge Enamel Dutch Oven arrived yesterday, also…. With it I will make braised lamb shanks. If camera talk becomes boring then we could always trade recipes.

I hope it rained on Jesus when he hung on the cross. If it did, and I have simply forgotten this part of the myth, then I hope that my readers will forgive this lapse in practice. What sort of message would the universe have been sending if it would have been sunny and mild for three days straight. All of the disciples might have been out kayaking along the river Jordan.


I have been sick for too long now. The rain is enervating, relentlessly so. Everything feels depressing and oppressive, unanointed as it is. There are some things I can not think of without falling asleep, or worse. There dance the witches in the winds. I worry too much, am paralyzed with it. Camping gear still sits on the back patio from Burning Man. I didn't re-pack it. Now it gets misty, probably moldy, all the new sleeping bags and tent. I am afraid to bring it inside. Who knows what evils lurk within now; what should have been secure from the wickedness of nature, safe from the rains of the world.

I am prepared to receive the extreme unction - ashes to ashes, gibberish to gibberish. That is the point to which the rains have reduced me, the anointment of erosion. Once a mighty desert sultan, now barely a stream of murky water whispering the promises of death.