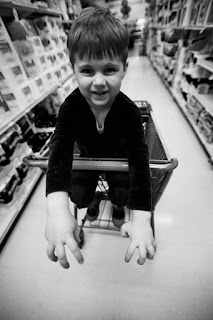 Well, I was going to title this post "Get some pussy now!" after chatting with a friend of mine yesterday about the line that Bowie snuck in to the end of Lady Stardust, but I've burned myself out on all things Bowie after gorging myself on it yesterday. Besides, I've already written a post with that title, and even used the same image as I did yesterday, and told the same story, though I believe I flubbed on which music store it was in the mall. I'm pretty sure it was Camelot.

My friend argued that the essence of rock and roll for hetero males is encapsulated best and most succinctly in those four words: Get some pussy now! I was unable to produce another four words that summated rock any better. Victory Pussy!

I feel terrible today. I think I may have contracted a stomach virus from one of the kids at Rhys' birthday party. Not sure yet, hard to tell, but I don't even feel good enough to get out of bed and get something to eat, and coffee is a definite no.

Maybe some food would help. It could go either way. Perhaps a nice vomit session would help.

Well, I took a break and just had some sushi, so if I do vomit it will make the experience more interesting, if not more colorful. Perhaps it is not a stomach virus. Last night I ate a bowl of potatoes that had first been baked in light oil, refrigerated overnight, then re-heated in a pan with more oil, They seemed flat without some sort of sauce. All that I had was blue cheese dressing. That can't be good for my stomach.

When I was done I still wasn't full, so I made some more popcorn. More oil, salt. Ugh.

I know that I should not admit such disgusting things concerning what my occasional meals consist of. I need to go grocery shopping. I put it off for far too long and then I need to spend $500 when I go. Everything is empty or spoiled. I go the the grocery store starving and buy the largest containers of things that they have and then can't eat them fast enough, or get bored of them, so they go bad. Then, I'll repeat that cycle and just buy more of what I don't need.

I have molded myself and my refrigerator into the perfect consumer.