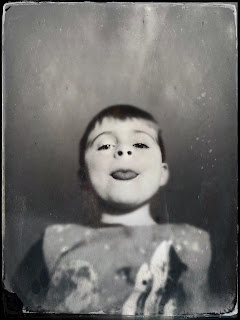 Then, the new year came. My bill was suddenly $95. I called with no luck. I started two different online chats and was told the same thing, this was my price. No matter how much I tried to explain this this was not the price that I pay they insisted that it was. I was under a 12 month introductory offer and now I would receive television as part of my package.

It was useless telling them that I did not want television and that I don't even own a tv. They encouraged me to buy one, considering all the new savings that I was getting. I explained that having my bill raised on me was not a savings of any kind. Nothing worked.

So, after yet another online chat today I finally crumbled (after looking at what AT&T offers in my area, not wanting to do business with a company that still has the word "telegraph" in its name) and agreed to a new monthly fee of $70, though it does come with basic cable and HBO for 12 months. I just added a reminder mid-December 2016 to cancel the deal, as it is also a "special" consideration that will expire and then I will be subject to the actual prices, which are like explaining to the prisoners at Gitmo that they have a lovely view of the Gulf of Mexico.

Well, not really, but if you try to interact with these companies they will fuck you every chance they get. You can no longer just get high speed internet. So, Amazon Prime, Hulu, Netflix, and now Comcast are all charging me monthly fees for similar services, except Comcast is charging me to spite the others, not because they're actually bringing me anything that I want or care about.

I hope that Google takes over the ISP market soon. Once that happens I'm sure that I will hate them also. They'll make us all join Google Plus and then we'll have to agree to never shop anywhere else again.

I just looked online and found that Comcast has a lower customer satisfaction rating than the IRS. The name of the service could mean a multiplication of determinate restrictions: xfinity. It just needs an e in there, as usual: xfinitey.

So, this is all old news. Who cares.

We had a birthday dinner for the boy here last night. He was quite pleased with all of his new toys and had a good time opening them, it seemed. I would have liked to have watched, but I was making dinner when his mother decided it was a good time to let him celebrate his birthday by opening all of his presents without me. I could hear him and her agreeing gleefully at how much fun the toys all were while I was racing between the kitchen where I was cooking the veggies and the back patio where I was barbecuing the chicken. She offered to help set the table, which consisted of pulling three plates out. I did the rest.

There should be a limit to how many companies and/or ex-wives anybody should have to deal with in any given 24 hour period. It's just so perpetually beleaguering to feel that you're being cheated by every single business deal you enter, or ones that you have already left.

For this special wisdom I'll defer to the acumen of my personal business hero:

"Sometimes your best investments are the ones you don't make." - Donald Trump