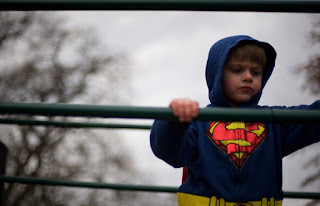 Up with the moon.

I struggled getting to sleep last night, instead staying up and watching Saturday Night Live, which hasn't improved much since the last time I saw it. Tina Fey and Amy Poehler didn't help, nor did Amy Schumer's brief guest appearance in one of the skits. It just wasn't funny, half of the skits ending on a trick rather than a comedic conclusion.

Bruce Springsteen is still shitting his pants for some reason, though of the three songs he performed one is among my old favorites, "The Ties That Bind." I liked it enough to sit at the piano and work my way through the first few verses, but then gave up after the bridge when he changes keys and moves up a full step, a transition made easier for me on the guitar than the piano, though for most I would assume it might be the opposite. I never studied music, I only tried to learn some chords.

That Boss, he's sure a crafty one.

Well, I drove in to the city in the dark and rain and that is where I sit now, at the office. One of the last stretches of city blocks that I must navigate the cars were moving unusually slow and there were two buses uncharacteristically in the bus lane at that hour. I tried to slow and calm down and just let the traffic ahead of me happen, but it was troubling and showed no signs of improving.

I am very familiar with the rhythms and patterns of this drive and something was wrong.

I finally saw an opening in the bus lane and I darted ahead of the other cars only to find a guy on a bike riding along leisurely in the dead center of the only lane provided for cars. He seemed entirely unconcerned that there were about 8-10 people behind him trying to get to work on what is usually an open road. I envisioned pulling my car behind him suddenly and running him down and then over. The sound of bones crushing and metal scraping, the final last desperate cries for help, or mercy.

Stupid death, have a fresh one.

I wanted to kill. I wanted my kill to be another human being. The one on the bike. My senses had become a whirlpool of death. The feeling passed quickly, but the thought remained. I recognized it. Some here call it road rage, others might not have a phrase for it, though they intuit that they should really get back into a light yoga class. When the urge to kill bubbles to the surface so freely then there is perhaps an inner need that should be better handled.

It is part of the problem with California and why they will one day slide into the mouth of El Nino. They have perverted the natural manner of things, upsetting the delicate balance of how a city should function. In New York, a pedestrian - or worse, a cyclist - would never dream of treating fast and deadly cars in this way. Behavior that is applauded here is recognized and rewarded very differently on the east coast.

There, it is punished in the precise and unforgiving way that Henry Ford intended.