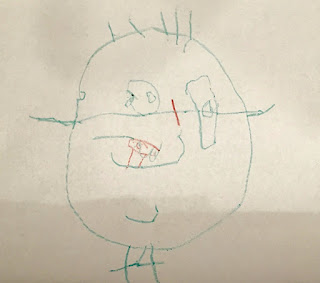 Well, I wish that I would have written a slightly less pensive piece yesterday. I knew that the image of the nightclub poster would elicit a fair amount of interest, but wow, it has more than quadrupled my normal daily page views for yesterday and today.

I'm starting to lean towards buying the Nikon D7200. It's a bummer that is a crop-frame sensor, but it accomplishes so much of what I hope to and at only a fraction of the cost. I had the D7000 and loved that camera for years. I let my buddy in Bellingham borrow it indefinitely. While he promised me that he would send pictures... I have seen none. It seems to have found a new home there. So be it.

The Nikon D610 would be a consideration, except that it only goes to ISO 6400 natively. The D7200 goes to 25,600, though I question if shooting in low light matters that much to me. But then when I compare the D610 to the D700 that I already own I really question whether I need a new camera or not. Or if I do, then I should go all the way to the D810, though that is a dramatic jump in price and only goes to ISO 12,800 at 5fps. So, I lose a little bit of both things that I actually want, and the file sizes increase dramatically as this is more of a landscape camera.

Shit. I just checked the price on the D810 and they have gone back up $300 since last week. They had dropped $500 at both Amazon and B and H photo. Bugger.

I bought a new lens, so I'm itching to do different things. Well, I bought a used version of that lens, at less than half the price of new. It arrives later this week. The prices of Nikon D lenses have dropped dramatically since the newer Nikon G lenses have pretty much taken over that part of the market. The Nikon Ds are still very fine lenses though, and they have the added advantage of having an aperture ring, which is useful for me to use them on my F100, though I can set that up to adjust using the camera controls, if needed.

I don't shoot all that much film anymore now anyway. I have bags full of unused black and white rolls sitting in my closet.

Why am I writing about camera and lens specs again. I must be bored witless, though not nearly as much as you, dear readers.

I commit myself now to a warm shower. I go to meet a friend for lunch. We will discuss what it is like to be single parents and the dating scene in Sonoma and  surrounding counties, while we nibble at our salads and focus our eyes upon the near and distant futures.