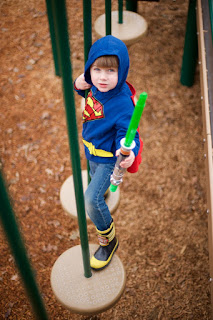 Okay. The new Star Wars (T.F.A.) was much better than the entire second series, the prequel trilogy. I'll grant it that, but that's all. One friend was extremely disappointed with my assessment yesterday and tried to convince me that my opinions were not my own, but instead the result of the dark side of a fart. I agreed with everything he had to say. And yes, dark side, all of that. Fart, etc.

Moving on. Photography is so expensive. Too much. I am itching to buy a new camera, though now I am looking at what I believed were a good set of Nikon lenses and I am wondering if it is time to jump ship and move to the new Sony body. I have been lusting after the A7R II, or maybe the A7S II, though a lesser priced model could also make me happy. But it is the Zeiss lenses that make me itch. I keep telling myself that I would really only need two of them. It is very difficult to find the right balance between upper native ISO and fps. The camera that will offer both will cost as much as both of the others combined.

All of it is much more money than I wish to spend. I just want to be able to shoot at least 5fps in very low light (at or above 25, 600 ISO, native) with great results and not have each file be 40MB. Is that too much to ask? I suppose that it is. In some ways the Nikon D7200 is closer to ideal, except that it is a crop-frame camera, but it solves many problems for a modest fraction of the cost. I'm just not sure if I could stomach all of my lenses becoming portraits or telephoto. It feels like a step backwards, and feeling is another way of knowing.

When all is said and done I mostly just shoot the boy. There has been the occasional woman in the picture, which is nice, though I should be realistic about where my money is going, and to what effect.

I explained to the boy this morning that one day he would have a girlfriend and she would love looking at the many pictures of him when he was a boy. He seemed to understand the future value of this, so he actually let me shoot him more candidly than usual. When I say it can be like shooting wildlife, sometimes I have to sneak up on him to get a natural shot, or what crouched down in hiding. Other times he seems happy letting me shoot away.

I have been experimenting with Nikon's 3D autofocus tracking system and I believe that I do better on my own, picking my single focus point and using the autofocus button on the back of the camera and only using the front (or top) for shutter release. I read an article about the habits of sports and wildlife photographers and took some cues. Shooting a four year old boy is somewhere between those two subjects. The picture above was using my method, the picture below was using Nikon's 3D tracking, though single images are not a fair evaluation, I obviously picked the ones that were closest to being in sharp focus at the eyes.

The Nikon D5 is perfect in almost every way, for me, except the price. I don't need any of these things, I know, but life is not advanced by needs alone. I have enough food and coffee... I have begun to master the coffee maker, with burr grinder. I only need now to acquire the fabled ayahuasca coffee beans. I'm told that microdosing is the new jazzercise.

Ah well. It is the weekend. I should worry about other things. The gym is calling. It has been pleading from a distance. I should respond before the voice is submerged with other interests, drowned out by the successive waves of time.

Yesterday, I cooked myself an expensive seafood dinner: seared scallops, shrimp, ahi sashimi, soft cheese and crackers, wine. I looked at the weight of all of the food that I bought and totaled it all up. That is the precise amount of weight that I will now need to burn off at the gym.

Well, the music just started up in mi barrio. 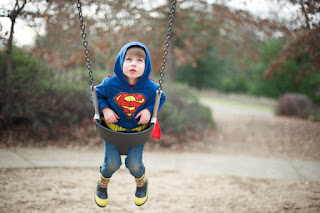