Thieves in the marketplaces 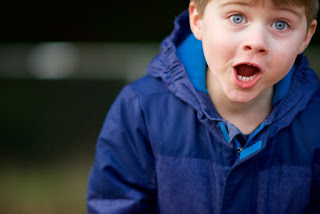 Jesus, nothing but bad news. A crazed man was kicking in the doors of some rather nice cars (Audis and Volvos) in the parking lot where I park my car when I arrived this morning. The police arrived shortly thereafter. Two of them tackled him in the corner though they couldn't seem to get cuffs on him. Then many more arrived, surrounding him with their batons out. He ceased resisting arrest after enough damage was done. He was chanting, "Kill me, kill me, kill me…"

I was one of the few that spoke English, so I was left with filling out the police report.

I spoke with CS briefly. He has had a series of bad luck. First, the loss of the studio, now the loss of much gear that once occupied the studio. Such a thing is always heartbreaking and defeating. Looking at the list of stolen gear is wrenching. The punishment for such a crime is much harsher in some cultures. Though, if you grew up in a place where there were many that were missing hands then perhaps such a fate would not seem so horrific. I am not in support of the hand removal method of crime deterrence. I merely cite it as an alternative practice.

Consider the wisdom of Massachusetts and New Hampshire, which allow girls to get married at 12 and 13, respectively. No word on why boys must be 14.

So much for marriage equality.

I've been saying it for many years: that a 12 year old girl can do most everything that I like to do, so why not? Some of you might wince at this state-backed wisdom of mine, but if we're going to recoil at the cutting off of hands for thievery then let's not be squeamish about sex with a twelve year old, at least not in Massachusetts. 13 in New Hampshire. All within the beautiful institute of marriage.

Who are we to question the delights of the law.