… who is on the phone 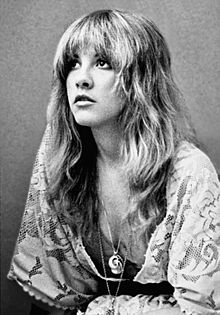 Fucking. Some people have time on their hands, and they also have things to do with it. At the gym I've been listening to Camper Van Beethoven's cover of the album "Tusk."

Yes, you heard that right, they covered the entire album. My beloved revolutionary sweethearts.

It's not very good, but at least they did it. They're reasonable fellows, for being just a bunch of indie-fuckabouts from the 80's. I wouldn't go so far as to say that they're in the lineage of The Mekons or The Band, but they proved that they can stuff it if they choose to. After having been broken up for about a decade they get back together and don't bother struggling with writing new material, they simply cover a double album from a monster rock act of the 70's and early 80's.

I believe that "Tusk" was the first album that I bought with my own American money. I normally cite Aerosmith's "Toys in the Attic" with no pride or shame whatsoever in this claim. Though, in truth I believe that was an album my brother bought and I used to sneak into his room to temporarily steal it, to listen for afternoon in cock-rock bliss, as much as time and youth allowed in 1981. But I know I bought "Tusk' with my own money, money made from mowing lawns. I still have that copy.

I had a number of friends who wished to force their die-hard punk ethos upon me during these trying and tremulous years. I offered what I thought were great examples of people doing it their own way (Bruce Springsteen's "Nebraska") and I was laughed off, if not pummeled. I had friends who were far too into Hüsker Dü and bands like that to ever concede defeat at the acoustic offerings of such a popster monster. And still yet, "Candle Apple Grey" was discussed as a serious effort or somehow part of the pursuit of meaning,

I rest my case. I was right and righteous, of course. Nothing solidifies personality as does the external attempt at correction.

Fuck rock, while you still can.


Mend love, it can not be fixed. That's the idea, anyway. Accept the tender mending of others as if it were a social media posting on the wall of your heart. "Like" it.

Everybody has a slightly different way of living. We are all tyrants, even the kindest among us. Even monks must grumble.

I only want to help…. Few more dangerous words have ever preceded the invasion of the emotionally vulnerable, or the strong.

Why don't you tell me what is going on?


Just say that you want me
Just tell me that you...