It's not just the parents 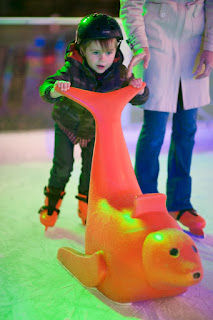 I was going to make a faux list of all the things that I'm thankful for today, just to piss CS off, but when I started to think about things that I was grateful for, either real, farcical, or worse, I became depressed at the forming of the list. I'm thankful to be alive. I'm thankful that my son is healthy.

I self-diagnosed yesterday - about an hour's worth of online research, coupled with knowledge of my own medical history, a history of basal cell carcinoma. I know, it's not something one should do, self-diagnose. But: Actinic Keratosis. A few of the lesions seem to have transitioned into squamous cell carcinoma, though I'll wait and let the dermatologist determine all of that. It is a popular form, and one on the rise. So, I won't be alone.

I spent years mismanaging a landscaping business in Florida, naked to the panties and boots. It is how I achieved my Bachelor's of Arts degree, Motion Picture Technology. I almost typed out "baccalaureate" but then felt like such a tosser in thinking about doing so that I stopped myself.

A rare example of self-editing for this site.

I am of mostly Irish descent, which makes me an albino. My skin lacks the necessary melanin to protect itself, though protecting myself is not something that I have ever been all that great at. I've worn sunscreen about as often as I have rubbers: never. The damage is clear, though inconsistent to the eye. Anybody that has ever been naked with me can see it, though it has become more pronounced in the last five years or so.

It is nothing much to worry about, truly. Very few people die from it, considering how many experience it, and most of those are ones that go untreated. They live in denial with it, or do not have medical coverage. So, the medical issue ceases to be, right along with the patient. Life is commerce, like anything else. Like all things. No insurance company has a responsibility to keep you alive.

I guess I'm thankful that I have insurance, and a job, and a lot of cash... today.

There was a time very recently when a friend reminded me that I made a pronouncement in his Florida living room, many years ago, concerning my feelings on being employed. I guess it left an impression on him. He was telling me how moved and impressed he was at how my attitude had changed, how effectively my behavior had followed.

Having kids does powerful things to a person, or it can. Some don't care much for it, others fetishize it. Many say that it is the most important thing that you can do, while a number of known artists and writers ignored their children, presumably to secure their place in history, or for perhaps some other inner, unnamed need. Eternity, or the lack of it… spoke one among them. There are many, many others that have ignored their children with perhaps less eternal or noble intentions.

As for not having a child, I can no longer pretend to speak.

I could tell you what it was like to be young and childless, but that is where my experience ceases.

Few wish to be thought of as bad at parenting, I might guess. It would be similar to being bad at sex, very similar. Too related, perhaps, akin to having unorthodox or suppressed impulses. There would follow the attempt, the need to convince. In that same way, the parent might wish to express their own impulses through the life of their child, as the child is the result of their sex act, and can be considered their sex object, more than any other. It is the embodiment of their behavior.

The incapacity to express a thing must rightly be repulsed at the ability to freely do so. Narcissus in denial. Repression is perhaps the greatest voice among us, or at the very least, the most recurring and openly fought against. It is curious.

As a result, there is much said in how to avoid bad parenting, suffocated within the form of how to do it well. In an age of voices the airwaves will be filled. Talk of others on this subject is as tedious as most other subjects, I suppose. There is no theme left to Americans that can escape the process... the most studied population in all of history.

It is perhaps easier to conduct studies on the child-makers than the others. They tend to congeal into testable groups.

The ones that count themselves among the thankful, anyway. 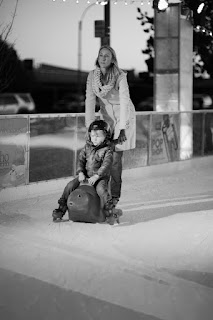