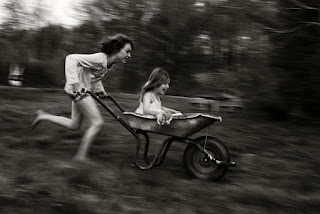 Somehow, I didn't close my freezer door last night before going to bed. This morning I cooked all of the meat that was in the refrigerator below, which relies on the functioning of the freezer to perform its function; nearly one pound of salmon steaks, two organic chicken breasts, a significant ribeye steak, a rasher of maple bacon. I ate the whole salmon steak for lunch, no veggies, no side dish, just myself and the pure joy of seafood, my favorite of all the foods.

It's too bad I wasn't able to eat the chicken also. I created a unique dry rub for them and had only one bite when they were done, which was delicious, but meat is not like ice cream, it can be preserved when the freezer goes warm by cooking alone. I left everything as juicy as possible, as re-heating will be a necessity.

I'm slowly becoming a better cook. I wish that I would have paid more attention while sitting in the various kitchens of my friends, drinking their wine, watching them do all the work.

Even though it would have made the disaster of our marriage more to overcome at the time, I wish now that Rachel and I would have had two children instead of one.

Don't get me wrong, I love the boy very much, but I want him to have a brother or sister, and it seems that he feels the same. There's no easy answers there. The boy might remain an only child.

It's been on my mind. I can't tell if it's selfish of me to want another child, stupid, irresponsible, or benevolent. Or, none of these things, or maybe all of them.

This feeling will probably pass soon enough, most of them do. The intermittent emptiness of my life here is starting to gnaw at me. My life feels most meaningful when I'm caring for the boy. I moved here to have a family and I didn't quite get one, or at least not a complete and full-time one, now it seems that I probably never will. There's no way out, and yet I'm not sure if I would want a way out, or even take it if there was. I love the boy, etc. The boy would love a puppy.

Is life really that simple? When you're feeling incomplete, buy a puppy. The road to hell is paved with veterinarian appointments.

I have fond memories of my brother when we were kids, though there were lots of tears and fighting also. My tears, his fighting. He was my hero, as many big brothers are. He was funny, and seemed cool, and knew more than I did. I imitated him until I learned how to do it on my own.

Things changed somewhere along the way. To hear him tell it he would likely attribute this to a self-confessed problem he has, though for me there's more to it than that. I never felt as if I belonged in our family. I loved my mother, I suffered the near complete absence of my father as person, and my brother was my brother, the clearer reflection of my as yet unformed self.

Sometimes I attempt to imagine life without him never having been it. Such thoughts are incomplete, even troubling, as the memory of siblings can not be erased. Likewise, it would seem, neither can the memory of their absence.

The blackbird whistling
Or never having