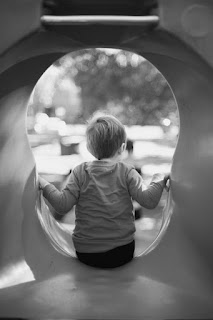 The night started out as usual, with bed, with sleep. I awoke about two hours later and could not return. After around 2am or so I took two Xanax, hoping that would do it. Two hours later I took two more. Around 7am I fell asleep, for about an hour, an incoming text woke me up. The new phone that Apple raped me for yesterday has the capacity to have the alert tones on, a thing my older phone had lost long ago. So, the text tone coupled with the vibrate feature was enough to stir me back to wakefulness.

It was Rachel, wanting to know where the boy's jacket was. It was in my car. I got out of bed, unlocked the car in the nude, texted back and told her where she could find it. Only afterwards did I realize that her text might have also been an invitation to go ice skating with the boy. The question was not asked explicitly, so who knows. We have been trying to do things together. It seems to make the boy happy. Seem is not the word, it does.

His world seems so simple. It is divided and he wishes it to be whole. Who might not want the same. There are some who wish to keep their lives separated, unknown and unnamed from one end to the other.  It takes courage for either, I suppose, after a certain age it is an accoutrement.

A friend texted me the other day, something about the feeling of being stalked by listless loneliness, a feeling he was being hunted by after his mom went back east after a short visit to SF. My mother passed away about twenty-five years past. I told him that I didn't quite know what he was talking about. I've never had the feeling of being stalked by emptiness in that regard. Overtaken perhaps, consumed at times, but there was never a feeling that I might escape. His text upset me for reasons that are difficult to explain. I responded poorly. He's lucky, as might anybody be in his situation. His mom is still alive.

It's only insensitivity, many must have it.

For weeks now I have had the unexpected urge to call my dad. A few times I have even picked up my phone to dial, habit being so strong. It's a common impulse, I've been told. It takes a while to accept that the phone won't get you there. Nothing will get you there - maybe time, or choice, or some thing over which you have little or no control, the mysterious moment that moves towards us each in darkness, the depth to which each of us peer, begging on our knees for hints, for just a few more moments of darkness.