The knees are the last to go-go 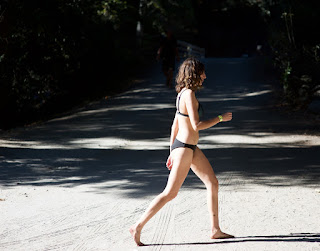 Kids. They aren't for everybody.

CS is curmudgeoning his points concerning happiness again; the nature of, path to, or eventual away from… contentment, resentment, regrets, happiness, whatevz... He argues that happiness is a state that can not be maintained, then proffers studies that reflect parenthood don't quite provide it. Really? A lifelong commitment doesn't provide this transitory state that you speak of.

One must wonder about the "methods" involved, or something.

It's all over there on his corner of the mystery. He cites all studies that claim adults are unhappy and that they don't like other adults very much, even if those adults happen to be their own children. He is bored of pictures of children also. I can't say that I blame him, unless it's my beautiful boy, of course. I find that kid fascinating. Even the dull pictures stir me like good poetry used to. Precious, indeed.

As far as I can tell the studies point towards having children as late in life as possible. Once they are adults they become ugly and unlovable, or so say those in the know, and I have confirmation on this from a scientist.

Seems about right. I struggle enjoying my time with adults more than I do with kids. With kids you just have to go with it. With adults, if you do this… then, you will arrive sooner rather than later in their self-defined version of hell. Aging offers a more mitigated version of heaven and happiness. Or, that is what I have found. I'm no expert. I only hope to arrive at an age where I can conduct just a little bit more research. Not a lot, not too much, just a glimpse more into what might be.

I mean, this can happen rather easily with kids, also. It's hard to take their versions of hell very seriously. It has a few "bad guys" lurking amidst the super-heroes. Bad guys perhaps in need of vanquishing at the tip of a sword, or becoming the unwitting recipient of an ever do-gooding arrow.

This is Rhys' North Pole plea to Santa: a bow and arrow, perhaps with "dart suckers" instead of sharpened metal tips. This only to prevent the accidental doing away with of one of the good guys, like Mommy.

I dunno. I'm no scientist. I'm not even an analyst, nor an analgesic... I never thought that a kid would ensure my happiness. I was scared shitless, still am. I'll say this: the kid has brought me some of the most unexpected moments of happiness that I've had. It is hard to describe, and perhaps would seem silly doing so. Being a parent is open to insult and interrogation, but then again so is aging. Parenting is a series of moments when something else becomes more important than you. In that one way it is liberating.

Well, no... this is starting to seem mean, That is not how I intend it to be, at all. I am laughing quite a bit, if only for and with and in and yet to avoid the spirit of thankfulness.

It is all a joke; and life a quick one, too.

My guess is that your own kids won't make you any happier than most any other relationship you might have, you are probably willing to do more to protect and defend them, and the idea of them, from any ingrates and ne'er do wells, local or foreign. Perhaps the kids will bring you more disappointment as they flower into the world unfolding. I'd like to pretend that I can only speak for myself, but it's not at all true. I speak for my generation when I say: we're all doomed.

The increasing sense of generational-to-generation's unhappiness is easily calculated, a by-product of the degree to which the hippies and yuppies sold our world out without ever even asking, nor negotiating a reasonable price. They were perhaps only better crime reporters. Those semi-fuckers were dialed into a truth, or pretended to be, yet they all stood up and betrayed it, just walked away and looked to post-modernism to explain it all away. Unhappiness stretches as semantic lycra from them into the past, then towards us again, just in time to get its stocking over the marauding and familiar face of the future.

Always in time for the holidays. 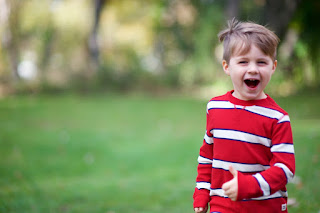