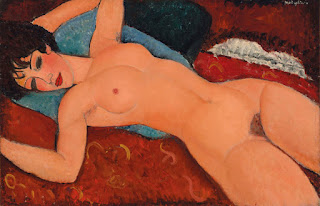 In bed early last night, reading, writing emails. I hadn't felt very well from the late afternoon onwards. I thought that I had a stomach virus, had been warned that there was one going around. I dropped the boy off at his mom's house so that I could drive into the city early for work. She told me intestinal horror tales of locals that had been vomiting with diarrhea for days now. Not vomiting diarrhea, but vomiting and diarrhea.

I went home convinced that I would be calling in sick to work today.

But no, I awoke before my alarm and now I lie here in bed, reading emails, writing again. Waiting for my alarm to go off so that I can make my coffee and take a shower, then the drive into the city to work through the day. I will bring a change of clothes with me, just in case. It has been far too long since I've spent a night in the city. There are perhaps adventures to be had there. The likelihood is greater than what Sonoma offers. It has been a couple years since I have been to the SF Moma. Maybe an afternoon after work spent there is what is needed.

Something to clear the heart of its echoes.

The painting above sold yesterday for $170.4 million. A staggering sum of money. It was bought by a former taxi driver who has since become an art collector, a man described by Bloomberg Business as "China's gaudiest billionaire." Well, there was the income from driving a taxi, then there was the stock trading, then the real estate and the pharmaceutical investments. Nothing quite screams like investing in art. While such a purchase titillates some it offers a spectrum of indignation for many.

During a recent conversation in NYC I was chatting on the train to New Rochelle with a friend of a friend. He was relaying that pound for pound and foot by foot art is the most expensive real estate on the planet. He is in the business of underwriting insurance for art works. He confessed that he was not much of an art lover when he was younger, his wife was, but that he has had to learn much since.

I asked him what he thought of insuring Basquiat's works and he rolled his eyes and chuckled. There is much fraud and few agreed-upon pedigrees when it comes to his work. The FBI considers Basquiat frauds to be nearly unstoppable as so few valid records exist. He was a notoriously prodigious painter and imitation of his works is so easy. The buying public has been less than discerning when it comes to the desire to own one, or many. That is, at least what the FBI found in their pursuit of art crime, a perfect storm of fraud. It is what is known as a victim rich environment, or perhaps a rich victim environment. Some pieces continue to climb in price while many others either stagnate or drop, or plummet upon discovery as a fake.

But don't worry much, he's putting out new works every day now. I had read a piece not long ago about this. It was my opportunity to appear versed on the world of insuring art.

A few days ago I picked up a book by Robert Hughes, The Shock of the New, and flipped through it a bit. A book perhaps worth re-reading. It saddens me that the social or more specialized critics that I have enjoyed reading in my life most have all passed away now; Robert Hughes, Jacques Barzun, Christopher Hitchens, Gore Vidal, Lenny Bruce, maybe even Norman Mailer, etc. It is a sign of my age more than a comment upon the waning world. I can't think of a single living critic whose books I regularly read now. Perhaps Lawrence Osborne would be one, I guess, though I have lately enjoyed his novels, mostly. He would not be considered a critic by many, I would assume. He is more of a memoirist whose works offer critical observations.

Critical observations, yes, that is what has been plaguing me. One does not escape them by making them.