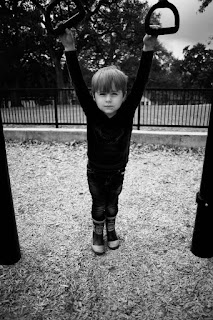 
If it were not for The Rolling Stones I don't believe that I would survive my daily gym regimen. After twenty minutes of sadomasochistic-cardio and another twenty of dumbness-bells, I feel as the young possessed girl in "The Exorcist" must have felt when she was just starting to lose her looks.

I wear headphones and play music as loudly as Apple technology permits, which is a moderate approach to what we all must endure. I chant "Fuck Me, Fuck Me!!!" as green spittle dribbles out on my priest, sometimes spews.

Jesus. He was a handsome man.


I have been having emotions, anew.

CS ridicules me because I feel things fully, yet differently than an artist would or could or might by candlelight.

Privately, he calls me a pussy. He is too sensitive to announce things publicly, you see.


Let me start, once more.


I have been having emoticons, afresh.

Paris. I had nearly forgotten. It was a trip to Paris which jumpstarted this hideous site. Go back and check, you'll see, it was the year of two-thousand and winsome. When I reference the meta-story, there is that to consider, also.

Getting back to the Subject at top. Blood.

I once saw an interview where John Lennon was whining about how, all the The Stones ever do is copy us.

Let it Be known that Let it Bleed preceded the Beatles more flowery, benevolent, Catholic effort.

Fuck Lennon. He was a menstrual twat most of the time, when not recovering from being Yoko's husband. Lennon's guitar playing in that link, by the way, showed how ready the was to enter the 80's, or would have been. If only.


If the lonely were wishin' then the devil's horses might sigh.