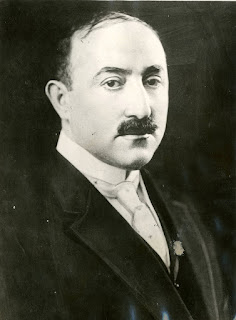 Well, the studies are in, and the results are what we suspected them to be: kids that are raised in religious homes are horrible little fucking monsters; cruel miniature rapists and animal abusers, to the very last one of them, especially the white ones. Though, that is perhaps me daring to read intelligently into the study, just a touch. I am seasoned with a dash of liberal guilt, you know.... Who really knows. What we do know is that religion has proven itself yet again to be a poison enema. A funnel for all things vile and wicked, where they coagulate to find their sick, murky, scabbing center.

Neither liberalism nor religion have stellar track when records compared to Facebook.

I don't mind being the annoying atheist, at least not in here where we're all alone. I really don't. No one is being forced to read past this next punctuation point. <<< That one. I wouldn't say that atheism is exactly my cause, but I do think that religion is very dangerous and far from "basically good" as so many claim. Okay, agnosticism is my real jor para la vida, my joie de vivre, though the religious do irk and ideologically persecute me. There is something wrong with all of them, and yet I like that Christians are forced to admit this basic fact. It excites me, this aspect of their spiritual flaw. So, I can't fully ever let them go, heathen me.


National Geographic as all of us have known it is over, done. It was purchased by 21st Century Foxhole. Many people do not know that a fox's testicles remain inside the body even after they descend as part of the maturation process that we call puberty in human males. So, cunning is only one of their curious attributes. They are meant to have a lifespan of approximately five years, which is another interesting anomaly of the decision to use this symbol while avoiding its symbolism. The fox's reputation - stretching back well past Aesop the slave's fables - is mainly for their famed ability to evade hunters. As impervious to bullets as their namesake is to fact, it would seem.

Well, none of you come here to hear me pop off about conservatism in America and the death of every dream ever.

Some nights, when I can't sleep, I count furry Mexicans jumping over the imaginary, unbuilt wall. It is a lullaby to my mind in the way that macing hippies must be to the other sort.

Always, there is the other sort, as if only there for fun.

"… all my favorite places, my city had been pulled down…

… I was stunned and amazed, my childhood memories…."