Daddy, where does coffee come from? 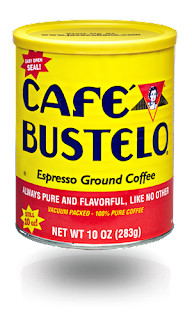 I have run out of the ground coffee beans that I had and now I am back to the normal stuff. We'll see. I suspect that I have been ruined for Café Bustelo now. I went to Target yesterday and was going to buy a new coffee maker, a grinder, a French press, all of it. I was with the boy though, and his interests were more of the Captain America action figure sort. I couldn't decide and it occurred to me that if I'm going to become a coffee snob now as well then it is best for me to do some online research. A friend sent a link outlining the virtues of the conical burr grinder, as well as sending a recommendation for a new style of brewing altogether.

Well, my morning coffee is ready. It's not freshly ground beans, that's for sure. I am a newly ruined man again.

Last night, I cooked dinner for the boy and I; ribeye steak, asparagus, potatoes, a small pasta side dish for the boy and a glass of cabernet sauvignon.  We ate the way that a father and son should eat, like a team seeking victory. Afterwards, we sat together and watched a little of the Mr. Peabody and Sherman show then I read him two stories before bed. Once the stories were done the boy asked me what dying is.

I said not to worry about it too much, that people continue to live in our hearts where it makes us happy to remember them. Like Grandpa he asked? Yes, like Grandpa. I said that it's all a normal part of what happens. Then I made the critical error that gave him the wedge he needed.

It's nothing to worry about, buddy, it's a normal part of life and it happens to everybody.

Is Mommy going to die one day?

Wanting so badly to lie to the blue-eyed boy, Not for a very, very long time and she will always live on in your heart, where it will make you happy to have her there. That's where my Mommy is, in my heart.

Then something very curious happened.

Mommy told me that there are bad people on the other side of the earth.

Buddy, I don't think Mommy would ever say something like that. When did she say this to you?

Well, Grandma might say something like that, I'm certain of it, but she probably just meant that there are some people that are bad out there in the world, but there can be bad people everywhere, just like there are good people everywhere, on this side of the earth and the other. Did Grandma maybe have the television on and she was trying to explain something to you that you saw?

Ah well. Clever kid. There's no way to get it all right all the time. So, I did what any responsible father would do in a situation like that. I told him that the only bad people there were in the world were the ones who drank pre-ground coffee from a Mr. Coffee brewer.

Then, I showed him how the good people of the earth were meant to live. 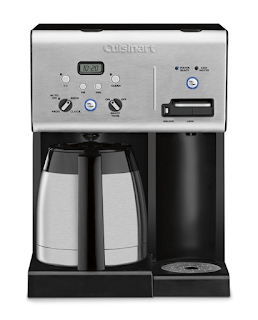