For Whom the Clock Ticks 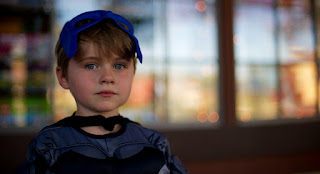 An extra hour of sleep for whom? The return of the clock's far left digit to its rightful position on the microwave only provides an extra hour of sleep for those who can do so. I awoke at Zero O'Clock, as is my yearly custom. My body's timepiece is tethered to th' inconstant moon, that monthly changes in her circled orb… My sleep patterns are of a deeply menstrual nature. I awake with one extra hour of moody misery, responding first and sometimes only to the name Venus Bloatpipe… At least that is the case when Daylight Savings falls the morning after the Halloween pill.

The evening went off as one might expect. There is a surplus of candy in the house. I hid it last night when we arrived and the boy has not yet asked for it. I do not suspect that it has escaped his mind in any permanent or meaningful way.

Nope, correct that. He just spoke with Mom on Facetime and she reminded him of the prodigious haul from last night's spooking, the sugar booty. We'll be feasting on processed sugars soon enough. 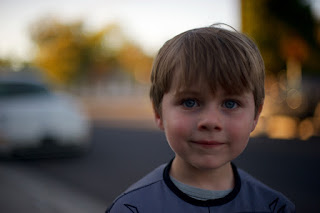 It is a treat to watch kids be kids on a night like that. Nothing lasts, but much of it recurs. Some happiness seems to be associated with accepting part of that and then avoiding the other. Sort of.

After doing our fair share of begging from door to door we were on the drive home when we saw a ghost carnival at a local church. The excited boy only had to request once and I was parking the car. We must have been on the guest list. Within minutes of being there we had won a raffle and the boy had mastered the bouncy-slide castle. 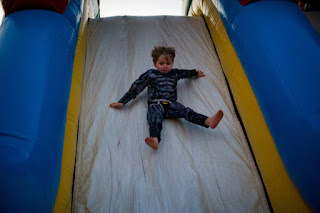 The kid was in Bat Heaven, and I was not far behind: 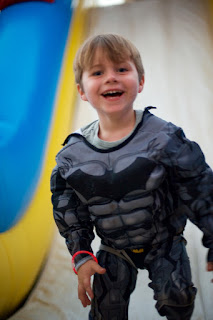 The boy's best friend, Jordan, had a pretty grand old time also… He was buzzin': 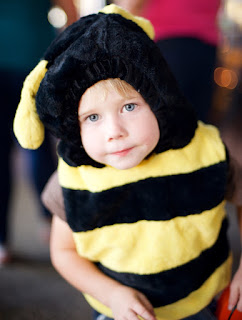 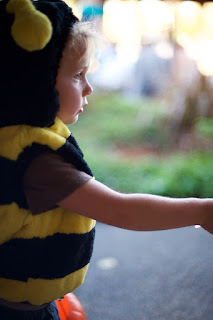 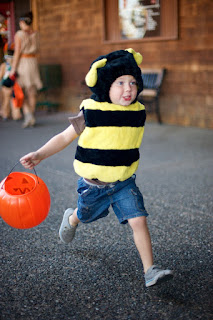 The youth even managed a costume change: 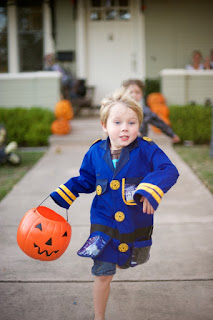 As did the boy's dad: 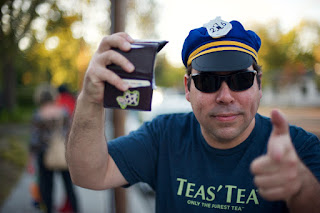