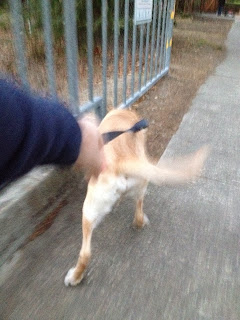 (They'll lead you 'round town like a scalded hound...)

My body isn't the right shape any more. Something went terribly wrong in its advancement. It has to do with aging, I'm certain of it. I just glimpsed myself in the bathroom mirror in my underwear, from an odd angle. Not exactly from behind but sort of a 2/3rds view from the side while I was twisting to reach something, with my naked back facing the mirror. I turned and caught sight of something pale, hideous, speckled with uninviting man hair, a smattering of dark-ish spots, etc.

It was just me, of course. But it looked unfamiliar, grossly comical. I felt like Capt. Ahab.

It was something that perhaps only Rachel has seen and had the time to contemplate, to really enjoy; a site of time's cruel distortion, the tragedy of years, the slow accretion of aged flesh.

I almost want to go back and photograph it for this post. People already accuse me of being far too self-involved, though. But I find some humor in it. I don't mind people laughing along. I would.

Well, I am getting sick. Perhaps it was the approaching malady already gripping my mind, distorting my body perception. Everybody around me has already been sick. Now it is my turn, I guess. I blame all of them, those who were sick prior to me. It was they that caused this. Who else to blame?

I often get sick last. I must not seem like a very attractive host. That, or my body fights it off slightly longer than others. It looks as if it's been fighting and losing something now for decades, like a galaxy of Ho-Hos swirling in a whirlpool vat of caramel.

I always seem to get sick on the weekends. I only have a 2/7ths chance of it, but I'll nail the weekend with sickness about 9 out of 10 times. It is why I don't live in Vegas.

I'll sense its onset about midday on Friday. By Saturday morning I won't be able to get out of bed. By Monday morning I'll feel just good enough to work.

Jackson, pictured above, will keep me company.

He is a good fellow and I admire him greatly. He has taught me the unrestrained joy of a walk around the neighborhood, along the little river that cuts between the back sides of the houses. There are ducks there each day that take careful, quacking note of our passing.