… it was written in their life 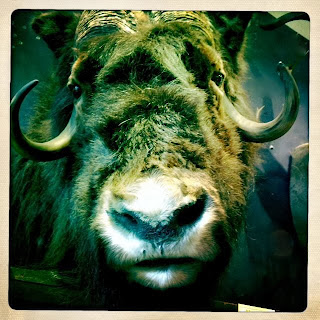 Another weekend completed. Trying to make some sense of it all. There is only that: what hurts and what doesn't, what we move towards and from what we move away. Everybody has their own ideas about it.

It will remain darker longer now. The clocks have been adjusted such that it will be darker later, some say lighter earlier. Though little shifts the tilting; it is the seasonal bargain. There are changes in suicide and heart attack rates due to Daylight Saving Time, increases and decreases, depending on the season. Some people are just unlucky, others' otherwise.

Cato got the news of a close friend's death this weekend. An overdose, an accident. We spoke about the inherent difficulties of such a thing. There are the fond memories, the seeming senselessness of it, the lingering questions, the loss. People prefer death without questions. Old age provides one thing that we tend to ignore: the end to certain needless queries.

Did they want to live any longer? It is considered rude to ask. It perplexes some that others might not want more life. They find that to be very sad; unable to see beyond the word, incapable of any exploration into negation. I can understand why.

Ah, but I have already made a clumsy attempt at examining that idea before. This morning is not the morning for it.

One is more likely to have a heart attack on Monday morning than any other time of the week, such is the efficacy of the western structure. The heart apparently knows how to respond to such a thing. It remains tellingly unconvinced at the concept of productivity, choosing its time carefully, with precision resistance. The sudden constriction. It is perhaps the heart's "cry for help."

Or, maybe that is just something that I've heard. Mondays are a myth, like the requisite craziness that attends a full moon. Though I do not think so. It supports what I want to believe so it must be true. Like laughter being "the best medicine." I know that to be authentic, because I can feel it working, and feeling is another way of knowing.

Maybe there is yet still a last laugh hidden.

Though too few, I believe, laugh their way out of a Monday morning.